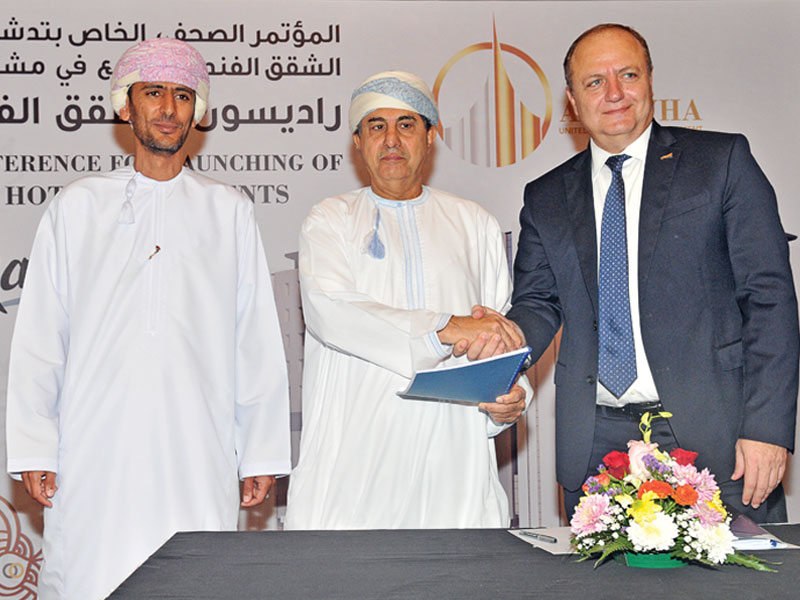 Radisson Hotel Apartments Muscat Ghala Heights which will cost around RO12mn will come up in the Ghala Heights, opposite Al Irfan area.

Al Fayha Development Company announced and launched the project in a press meet held at Grand Hyatt Muscat on Sunday. The project will have nine floors comprising 284 modern hotel apartments, equipped with the latest hotel supplies. The project will also include a floor devoted entirely to shops, restaurants, cafés, and two floors for car parks in addition to a swimming pool with a thermal control system, a wedding hall, two conference rooms and a health club.

Sheikh Tae said, “We at Al Fayha Company are happy to launch this project that contributes to the real estate sector in the sultanate. It is one of the most important projects in Ghala, which is famous for having a number of institutions and sector leaders. The company is currently working on several other tourism projects in Quriyat and Al Mouj.”

He emphasised on providing appropriate and flexible banking solutions for the buyers. Panagos also expressed his happiness to be present to sign an agreement to manage and operate the Radisson Hotel Apartments project in Muscat with Al Fayha Development Company.

Radisson is present in more than 420 locations in 73 countries around the world. A new addition to sultanate’s hotel portfolio, the project will house guests from all over the world, especially business travellers.