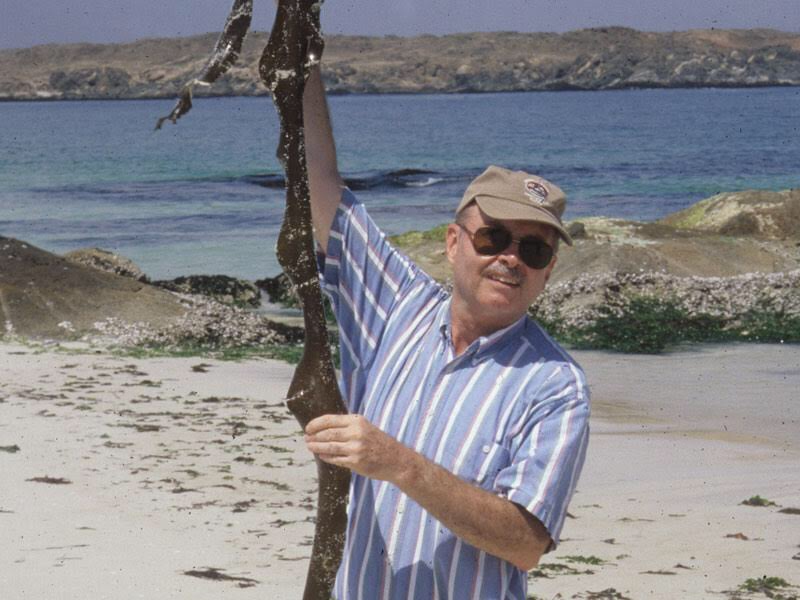 A new species of red seaweed was recently discovered off Dhofar coast bringing the total to 18 found near Oman’s southern governorate. This includes red, green and brown algae. The new species has been described by Dr Michael Wynne of the University of Michigan, as Martensia incipiens, found off Sadah coast, east of Salalah.

Based on initial work from the 1980s when a group from the University of York, UK, carried out ecological studies on the kelp communities of southern Oman, more effort to identify the algal flora was needed.

As a result, the Algal Biodiversity Project of Oman was funded by a British Government ‘Darwin Initiative’ grant (1999-2002). The project involved the Natural History Museum of Oman (Ministry of Heritage and Culture) along with the University of Michigan Herbarium (US) and the British Natural History Museum, London. Initial results of this project were reported from 1999 to 2008.

About Martensia incipiens, Dr Wynne said, the new species has brilliant iridescent colours ranging from pink to lilac in the living condition.

In 2018, Dr Wynne published a checklist of the seaweeds of the Northern Arabian Sea coast of Oman, in which a total of 402 species of brown, green, and red algae were presented. “That stretch of coastline is impacted by the seasonal monsoon, the ‘khareef’, when constant winds cause strong wave action, upwelling, higher nutrient levels and colder water temperatures. An additional factor is that the continental shelf is relatively narrow in the region between Mirbat and Sadah, and thus the oceanic conditions are even more pronounced,” Dr Wynne said.

He said that many of the Omani new species are conspicuously large, that is, much larger than other known species in their genera. “These include Champia gigantea, Leveillea major, Bryopsis robusta [names reflecting their larger sizes], Chrysymenia tigillum, Dipterocladia arabiensis and Centroceras secundum.

Another robust and common new species is Gelidium omanense, in a genus that is a significant source of agar, a valuable phycocolloid. In addition to discovering new species in Oman, Dr Wynne also described two new genera, a higher classification of algae. “So far these two new genera are known only from Oman.”

These are Pseudogrinnellia barrattiae, the species named for the collector, Lynne Barratt of Hunting Aquatic Resources, York, UK. The other new genus is Stirnia prolifera, which honours Dr Joze Stirn, who was earlier with the Department of Fisheries Science and Technology, Sultan Qaboos University who provided many of the collections.

Dr Wynne said the wave-buffeted shores of southern Oman are an amazingly rich source of seaweed diversity, one that deserves further attention.

The National Herbarium of Oman (with acronym (ON)) within the Natural History Museum includes the Algae collection with more than 800 specimens.