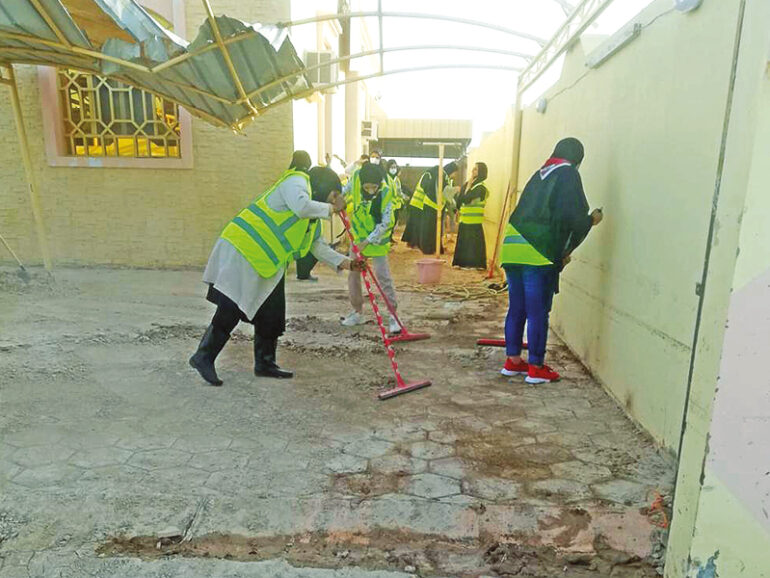 Muscat – To support the people of the areas affected by cyclone Shaheen, the Centre for Community Service and Continuing Education at Sultan Qaboos University has launched a campaign called ‘One Hand’.

Omar al Kahali, an official of the centre, said, “The university launched the One Hand campaign to help those affected by cyclone Shaheen. The campaign includes logistical, psychological and field support, as well as distributing donated items.”

According to Kahali, more than 5,000 male and female volunteers – university employees and students – have participated in the campaign so far.

The campaign started on October 9 and will continue until October 19. The centre is providing help in cooperation with the Oman Charitable Organization, Royal Oman Police, municipalities in the affected states, and civil and military sector institutions concerned with dealing with the aftermath of the cyclone, Kahali informed.

“Apart from relief efforts, the campaign is coordinating with the competent authorities to provide psychological support for children to address the trauma they have endured as a result of the cyclone.”

Kahali added that its volunteers engage children in educational and recreational activities.

“They also help in clean-up efforts in affected areas, including schools, mosques, and homes, and distribute donated item items such as electrical appliances, home furniture, stationery and school supplies, cleaning equipment and sanitary products.” One Hand sends more than 180 volunteers to help clear debris from cyclone-stricken sites and provide aid in the wilayats of Khabourah and Suwaiq, working from 11am to 5pm.

“We continue to collect donations and send volunteers until life returns to normal. We use social media to promote the campaign. Anyone who wants to participate as a volunteer or send donations can do so by calling 24143060 or 99605885.”