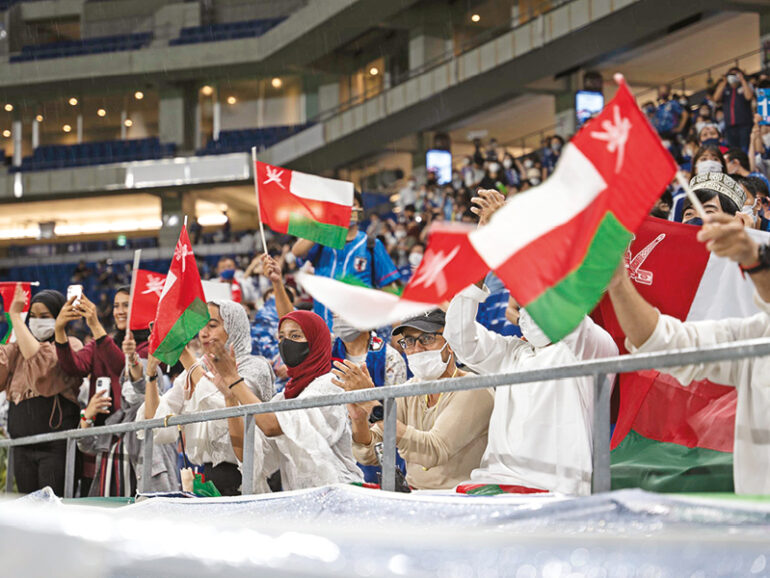 After a gap of nearly two years, fans will return to the stadium to watch Oman play against Saudi Arabia in a key World Cup qualifier on Tuesday evening, prompting excitement as the Supreme Committee for COVID-19 decided to allow mass attendance to support the national football team in the second round of the final Asian qualifiers for the World Cup – Qatar 2022.

The Oman Football Association announced that the public attendance will be at 30 per cent of the capacity of the main stadium of the Sultan Qaboos Sports Complex in Bausher. The entry mechanism will also be subject to checking the bar code on the ticket and presenting it along with an ID card and the immunisation certificate proving that complete vaccination of COVID-19 has been received.

“The match will not be easy but we are confident because of our team is different and young. I am glad that I will be among those watching the match live at the stadium. It’s almost two years that we have not enjoyed live matches due to COVID-19. I’m confident Oman-Saudi match will end in our favour,” Mohammed al Balushi, a football fan based in Muscat, said.

Oman play Saudi Arabia on the back of an impressive 1-0 away win against Japan, and across the sultanate, both young and old are gearing up to celebrate the spirit of football.

While some prefer to watch at home, many said they would have preferred to watch the matches at the stadium.

“I will be watching the World Cup qualifying matches with my family at home. I wanted to go to the stadium but given the allowed capacity, it was difficult to get tickets for the match,” Sabri Abudllah, a staunch Oman national team fan, said.

But for some, it is preferable to be home with family.

“I have invested in a big screen TV for the purpose. I try to make such events a family affair and I never like the idea of going out in public places to watch the matches,” Hassan al Naamani, Amerat resident, said.

Mohammed al Kitani, a long time soccer fan, said, “I just want to be at home so I can enjoy the matches in the comfort of my bean bag. I have set everything. I have all what is needed and I am waiting to see our football team display their talent. I am just eager to see our boys make it to the next World Cup.

“During such matches, I am more of a player than a fan because I get so much pressure. I am confident and look forward to seeing Oman beat Saudi Arabia in Tuesday’s match.”