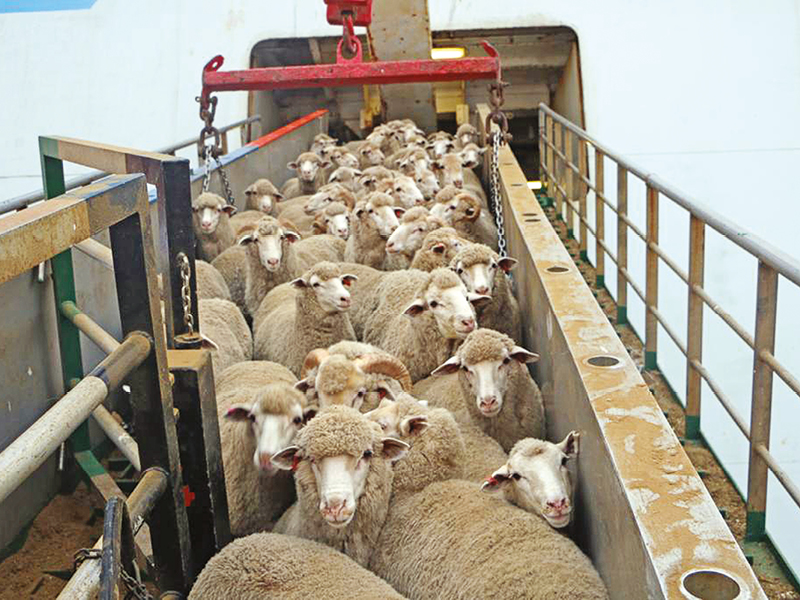 As part of its efforts to help the sultanate achieve self-sufficiency in meat production and supply good quantities to market, Al Bashayer Meat Co received 10,000 heads of livestock recently.

In a statement, the company said, ‘The company received 10,000 heads of marino sheep and 250 heads of fattening calves through the Port of Salalah.’

The livestock which came from South Africa are now in the company’s farm in Thumrait.

With the imported shipment, the company aims to produce high-quality and healthy meat and supply it to markets for individuals and institutions and export the rest to neighbouring markets.

Al Bashayer is working to ensure food safety in the area of red meat. The company is the first integrated project for the production of red meat in the sultanate and the largest in the region. The company’s strategy depends on importing live animals from several different sources; they are quarantined upon arrival in the company’s quarry approved by the Ministry of Agricultural, Fisheries and Water Resources and under its direct supervision.

At this stage, the animals are given all the necessary vaccinations to raise the general immunity against infectious and endemic diseases, and after the quarantine period is over, they are entered into the fattening area, where they are fed with fattening feed consisting of natural feeds, nutritional concentrates and various vitamins that help in gaining weight and improving the quality of meat.

‘The company adopts the implementation of all biosecurity and public health measures and attention to the safety of the herd to ensure the health of the animals from the first day until the product reaches the market and consumers.’

Upon completion of all the facilities and components of the project, the animals will be slaughtered after the end of the fattening period in the advanced slaughterhouse of the company. It consists of two separate lines, one for the slaughter of sheep and the other for the slaughter of cows, and then the meat is sent to the packaging area to be packed and wrapped in an advanced, clean and healthy way, after which the meat is distributed to various local and foreign markets.