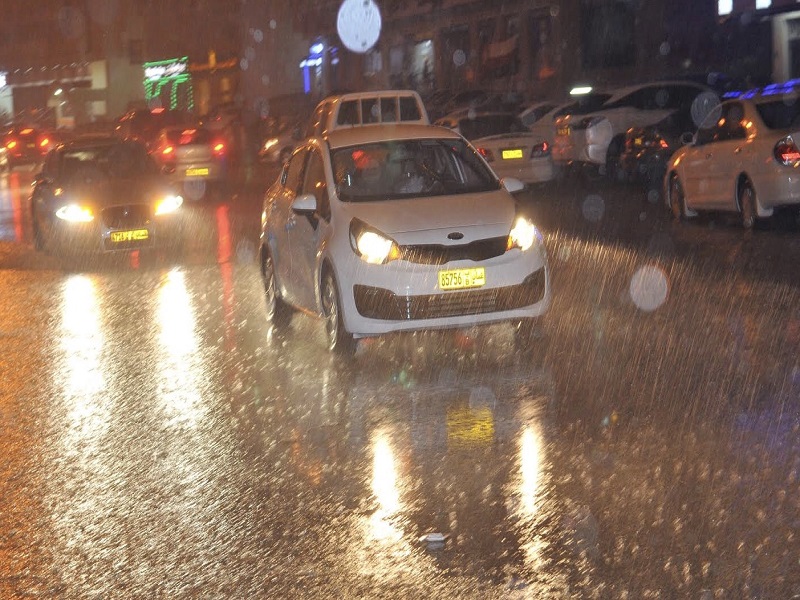 Several parts of Oman received moderate to heavy rainfall on Monday and Tuesday. Rainfall monitoring stations in the Ministry of Regional Municipalities and Water Resources (MRMWR) recorded the maximum rainfall in Mussanah in South Batinah governorate over these days.

Monday’s rain saw temperatures dropping in many parts such as Saiq Plateau, close to Jebel Akhdar. The lowest temperature was recorded at 6.8°C on Monday.

The four other cold places in the country also had temperatures hovering around the 14°C mark, with Muqshin in the wilayat of Al Sininah recording a temperature of 14.2°C, according to the Directorate General of Meteorology at the Public Authority for Civil Aviation (PACA).