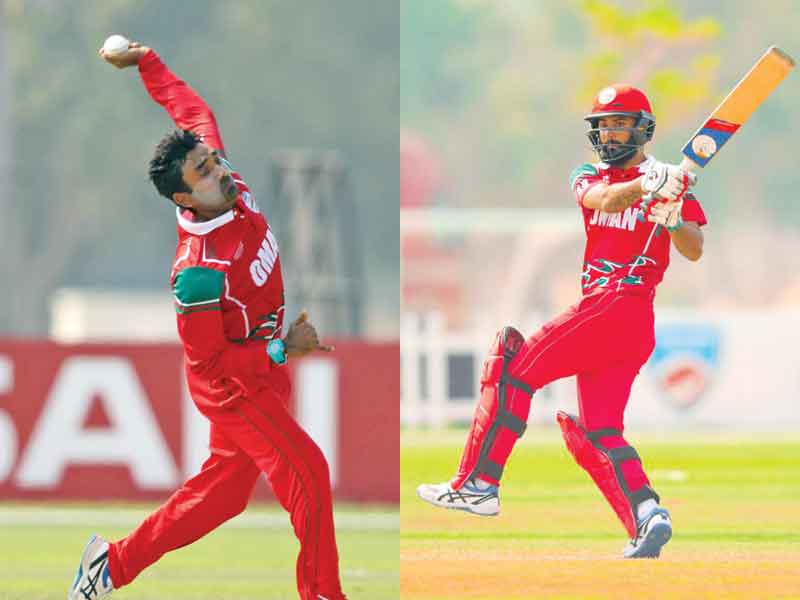 Left-arm spinner Syed Aamir Kaleem spun a magical web around Nigeria with double twin-strikes in a over as Oman bounced back from its loss to Ireland to notch up its third win in the ICC T20 World Cup Qualifier in Abu Dhabi, UAE, on Wednesday.

The 37 year old’s spell of four for 14 was the best figures in the ongoing Qualifier so far and coupled with a three-wicket haul by pacer Bilal Khan (three for seven) Oman shot Nigeria out for paltry 71 in 19.5 overs in a Group B match.

Oman had little trouble reaching the victory target in just seven overs as Jatinder Singh smashed a quickfire 48 off 22 balls. The opener hit nine fours and six before he was dismissed in the last over of the powerplay.

Oman needed just six runs from 85 balls. Fittingly, it was Kaleem who was at the end, Oman winning by seven wickets and 78 balls to spare.

Oman’s win was the fifth-largest winning margin in terms of balls remaining in the history of T20I cricket.

After batting first, Nigeria had a quiet start in the powerplay as it reached 22 for one. It moved to 34 for two in the eighth over before Kaleem got two Nigerian batsmen – opener Daniel Ajekun (15) and Chimezie Onwuzulike – dismissed in his second and the team’s ninth over.

Ajekun, who was his team’s top-scorer with 15, was out off the first ball of Kaleem’s second over. Three balls later Onwuzulike departed to leave Nigeria struggling at 36 for four.

Oman skipper Zeeshan Maqsood then rested Kaleem and brought him back in the 15th over as Nigeria crawled to 51 in 14 overs.

The spinner struck again, this time picking two wickets off successive balls. First, he had Isaac Okpe bowled and then Daniel Gim was caught by Khawar Ali off the next ball.

Sesan Adedeji denied Kaleem a hat-trick but Nigeria could never recover as it was bowled out for meagre 71.

Oman next plays Canada on Friday and then concludes its league engagement in the seven-team group with a match against Jersey on Sunday. Duleep Mendis’ Oman now has six points and is second in its group behind Canada, which also has six but it has a game in hand.