Nadhira does it again 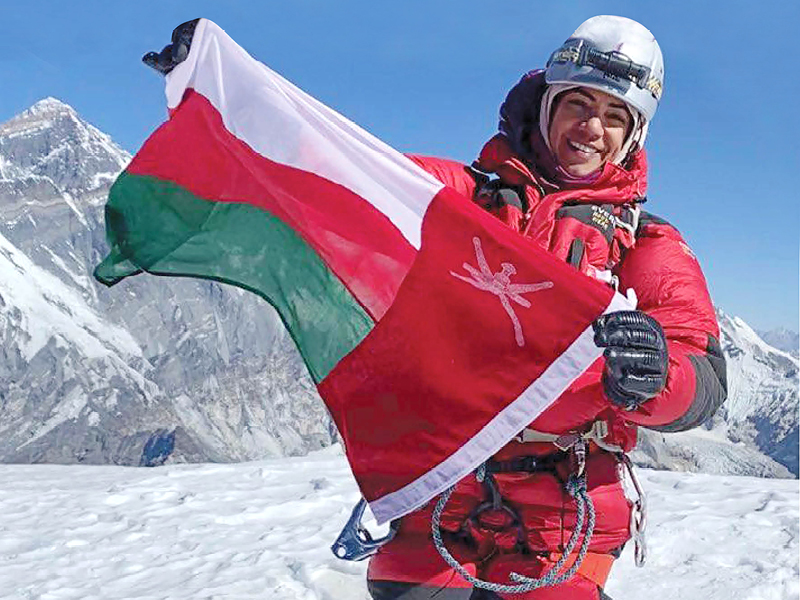 Claims distinction of being the first Arab woman atop Ama Dablam

By climbing one of the highest Himalayan peaks, Nadhira claimed the title of being the first Omani and Arab woman atop Ama Dablam.

“The night was very difficult due to the cold and wind. This is a new Omani and Arab achievement,” she told an Omani website.

The Ministry of Education, where Nadhira works, congratulated her. ‘By reaching the Mount Ama Dablam summit, Nadhira has become the first Omani and Arab woman to achieve the feat. We wish her success in her next journey.’

Nadhira set off for Nepal on December 24, 2020. Before embarking on the journey, she tweeted that she had tried summiting Ama Dablam in 2018 as part of her training to climb Mt Everest. “I had to go through a strong experience before Everest, so I chose to climb Ama Dablam, as it is one of the most difficult mountains to climb.”

Although she failed in that attempt, the experience taught Nadhira a lot about the Himalayas and the nature of the terrain.

“Today, I start the journey in a new attempt to climb this magnificent mountain again. I have returned with a new dream to a more challenging experience since the climb will be in the winter season,” she tweeted before embarking on the climb.

Ama Dablam is sometimes referred as the ‘Matterhorn of the Himalayas’.