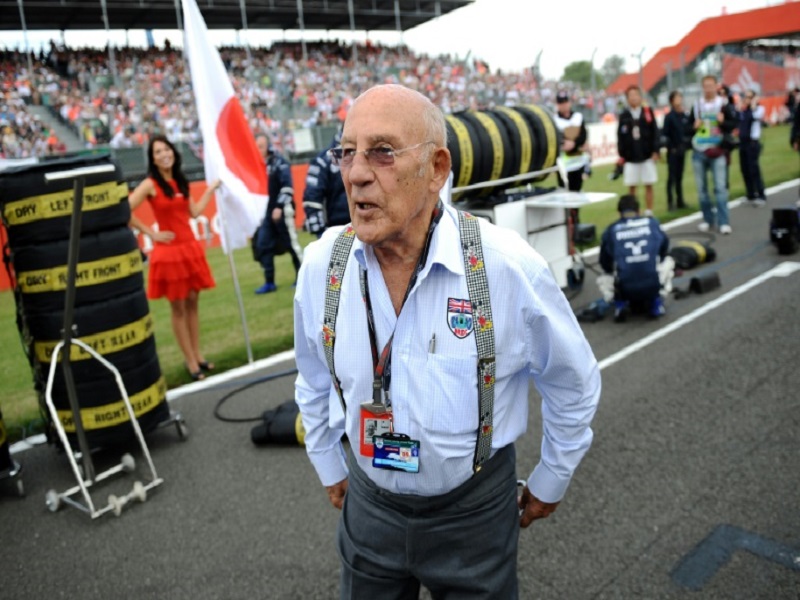 “It was one lap too many,” Susie Moss told Britain’s Press Association.

“He just closed his eyes.”

Tributes flooded in from the world of motorsport and beyond to the gifted and revered driver who never won the Formula One title, finishing runner-up four times and third three times.

One of his former teams Mercedes hailed “not only a true icon and a legend, but a gentleman”.

British media reported Moss had succumbed to a chest infection he caught in Singapore in December 2016 that saw him retire from public life two years later.

There is no suggestion his death was linked to the coronavirus.

In an era when it was common for drivers to race in different disciplines, Moss won 212 of the 529 races he entered over a 14-year career that started in 1948.

His victories included the 1955 Mille Miglia, where he set a course record in the 1,000 mile event, which took place on public roads in Italy.

In Formula One, Moss won 16 Grand Prix, with his first victory coming in the 1955 British Grand Prix at Liverpool that saw him become the first British winner.

One of the greatest drivers to never win the F1 title, Moss had the misfortune to compete in the same era as the great Argentine Juan Manuel Fangio, who won the F1 championship five times.

His renowned sportsmanship cost Moss the 1958 title when he defended the conduct of British rival Mike Hawthorn following a spin at the Portuguese Grand Prix.

“I had no hesitation in doing it,” Moss recalled. “I can’t see how this is open to debate. The fact that he was my only rival in the championship didn’t come into my thinking. Absolutely not.”

His top-level career in motorsport came to an end in 1962 following a crash at the Goodwood track in Sussex, southern England, that left Moss in a coma for a month and partially paralysed for six months.

But such was the enduring fame of the debonair driver that, for decades afterwards, the rhetorical phrase “Who do you think you are, Stirling Moss?” was supposedly the standard question all British policemen asked speeding motorists.

“Yes a policeman did once ask me,” Moss told the Daily Telegraph in a 2012 interview.

“But I couldn’t work out if he was taking the mick (joking).”

He was knighted in the New Year Honours list in 2000 for services to motor racing.

For F1 pundit and former driver Martin Brundle, Moss was “a mighty racer and gentleman”.

“He had a press on style on the track and in life,” Brundle posted on Twitter.

“Remarkable man. Survived the most dangerous era of motorsport and died today aged 90. He had such great stories to tell, and it was a privilege to know him.”

“My thoughts are with his family and all that had the pleasure of knowing him”.