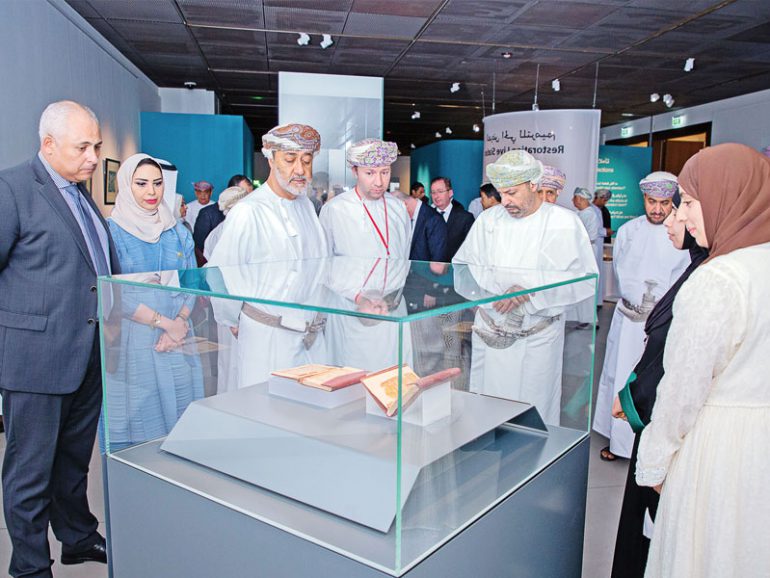 An exhibition offering visitors a gateway into the rich past of Oman is under way at the National Museum. Titled ‘Preserving the Past for the Future, Conservation and Restoration of Relics from the National Museum’, the exhibition was inaugurated under the auspices of H H Sayyid Haitham bin Tariq al Said, Minister of Heritage and Culture, and Chairman of the Board of Trustees of the National Museum, on Monday.

The exhibition is being held as part of the 49th National Day celebrations in the country.

The opening ceremony was attended by a number of ministers, undersecretaries, advisors in the Ministry of Heritage and Culture, and ambassadors of friendly and neighbouring countries.

The exhibition includes a number of items that have never been exhibited, and that were restored by the Conservation Unit with the collaboration of several international experts. Over 1,440 unique objects are on display and some of the rare ones on show include those from Sinaw Hoard, Adam Hoard, Selme-Ibri Hoard, Portrait of Ali Muhammad Baig which is considered one of the rarest paintings acquired by the museum from Sotheby’s Auction House in London, United Kingdom, as well as Omani daggers, and exceptional silver jewellery from the collection of the late H H Sayyid Faisal bin Ali al Said who was the Minister of National Heritage and Culture.

Since the early years of the National Museum project, there was a clear direction and vision to acquire artefacts, whether they are of Omani origin or those directly related to Oman through purchase, exchange, donation, inheritance, transfer of ownership or commissions. For this, the National Museum developed an ‘Acquisitions Policy’ document, in compatibility with the standards established by the International Council of Museums (ICOM) of Unesco, with the objective of regulating the acquisition processes.