Zubair-Raisi finish ninth in T3 class at Rally of Morocco 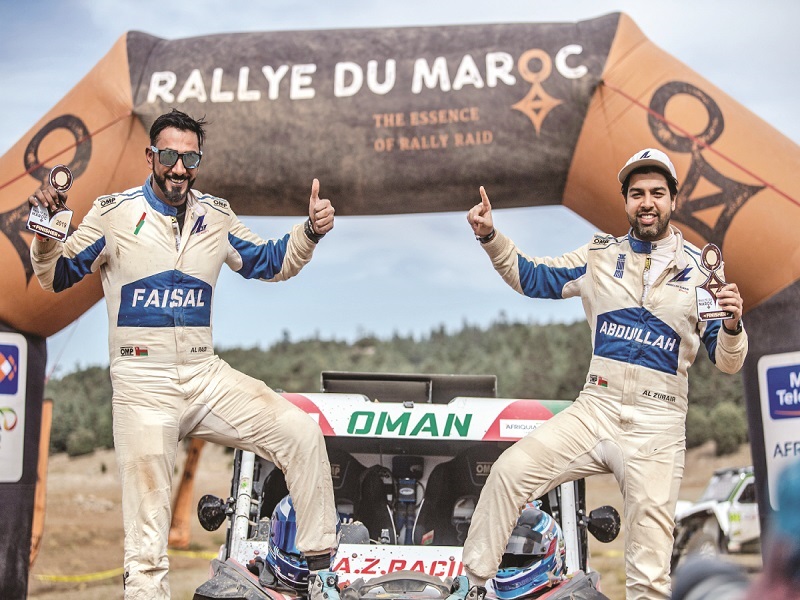 Electrical woes on the penultimate day of the Rallye du Maroc (Rally of Morocco), the final round of the FIA Cross Country Rally World Cup season, halted a fantastic mid-event fightback from Oman’s Abdullah al Zubair and Faisal al Raisi – the duo ultimately ending the rally ninth in the T3 class among 13 competitors recently.

The AZ Racing teammates’ hopes were dealt an unrecoverable blow on the first stage on October 5, when an engine issue cost two full hours. Undeterred, the pair mounted a magnificent recovery over the next couple of days.

The Oman Automobile Association (OAA)-supported Can-Am Maverick T3 climbed from the tail of the field to seventh in class and inside the overall top 20 and moved up to an impressive fifth in T3 on the fourth day on Tuesday.

However, with just 80km of the day four stage left to run, the AZ Racing entry came to a halt with electrical problems and the bitter blow meant the Omanis had to incur a hefty time penalty.

Returning to action in the fifth and final stage on Wednesday Zubair and Raisi showcased their true front-running pace and ended the run ninth in class and 24th overall.

Following post-event judicial decisions involving other entries, AZ Racing was adjudged ninth in the T3 class and 20th overall despite incurring nearly 13 hours of penalties due to the engine problem and electrical issues.

Zubair said, “We are very happy to have completed the Moroccan Rally, it was a very tough and very, very long event with different terrains. The whole event was 2,400km long approximately, making it a major challenge and with some very tough competition as well – the best cross country rally drivers and navigators in the world. I think we did very well for our first time on this event.”

Raisi was ‘proud’ to have finished the rally. “It was the toughest navigational experience of my career so far. To come through it, especially with the problems we had along the way which cost us a lot of time, is what counts and I think we can be happy with our performance.”

Next up for AZ Racing is the final rally of the FIA World Cup for Cross Country Bajas season, round eight, which will start in Portugal on October 24.