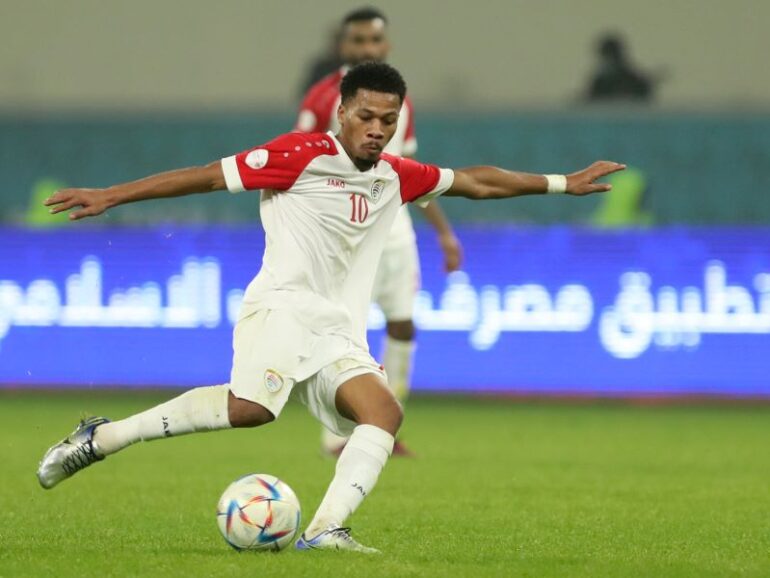 Basra, Iraq – The match had entered the final ten minutes, the score was 0-0 with Oman enjoying the better of the exchanges; there was hope, but there was also desperation.

And just when it looked like the second semi-final of the Gulf Cup between Oman and reigning champions Bahrain was meandering into extra time, Jameel al Yahmadi showed up.

Al Yahmadi, wearing a number 10 shirt, got a beautiful lay-off from his team-mate Salah al Yahyaei on the edge of the box, and the midfielder met it sweetly with the outside of his right foot to send the ball swerving into the top right corner of Bahrain goal.

It was nothing more than Oman had deserved and they easily managed to hold on to the lead to make their fifth final appearance in the prestigious tournament.

Oman will take on Iraq in the final after the hosts defeated Qatar 2-1 in the first semi-final.

Oman coach Branko Ivankovic said his team would give their all in the final, having last lifted the trophy in the 2017-18 edition.

“I thank everyone, reaching the final is something good, and I congratulate the players who played a good match, “said Ivankovic.

“We deserved to win against the team who won the last edition, this gives confidence to the players, who gained the mentality of winning,” he said.

Oman had a good chance in the opening minutes of the game when Salah al Yahyaei surged through the right into the box before pulling the ball back but Issam al Subhi’s attempt was blocked by a desperate Bahrain defence.

Jameel al Yahmadi header off the resultant corner was straight at Bahrain the goalkeeper.

Though clear-cut opportunities were few and far between, both teams had promising chances in the match.

Oman goalkeeper Ibrahim al Mukhaini was called into action a few times and he had to be on his toes to save a left-footed shot from Bahrain’s Mahdi al Humaidan.

Earlier, Iraq continued their fine run to beat Qatar and have a go at a fourth Gulf Cup title.

Iraq, who last lifted the title in 1988, opened the scoring in the 19th minute through Ibrahim Bayesh.

A mistake by goalkeeper Jalal Hassan, however, saw Amro Surag drawing Qatar level in the 29th minute but Aymen Hussein then struck what proved to be the winner two minutes from the end of the first half.

Iraq head coach Jesus Casas said his team deserved their place in the final after working hard throughout the tournament.

“I am happy with the team, especially our defensive work, which is a result of all players’ efforts, not just the defenders.

“Now we can think about winning the title. As I said before, we focus match by match, and now we can say that we want to win the title, especially the players,” said Casas.