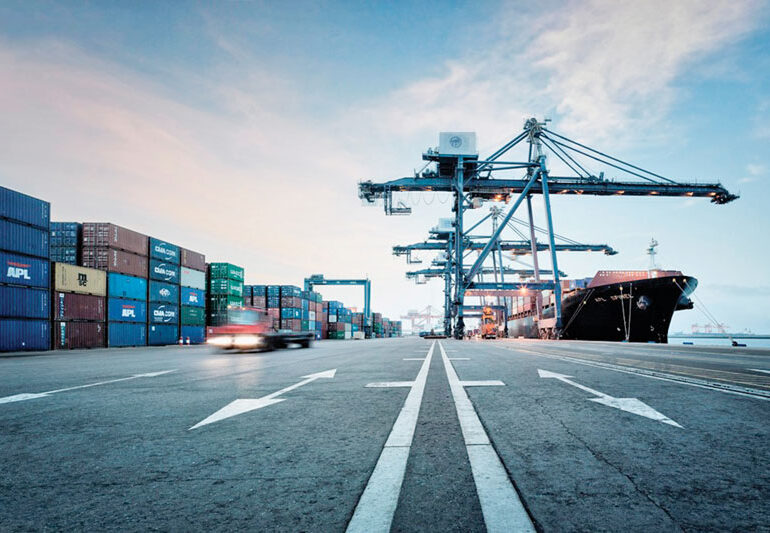 Muscat – Sohar Port and Freezone has announced strong results for the third quarter of 2022 as the port throughput – export and import volumes – grew by 32 per cent over the same period last year.

As the rapidly growing complex continues to transform the sultanate’s burgeoning maritime and logistics industries, dry bulk volume grew by 38 per cent to almost 11.8mn tonnes, liquid bulk increased by 28 per cent to just over 5mn tonnes.

The number of handled containers increased by 4 per cent to 188,604 TEUs (twenty-feet equivalent units). In addition, Sohar Port also recorded robust growth of 60 per cent increase in ship-to-ship (STS) cargo given its strategic location and its reputation for delivering unmatched quality of service with quick turnaround times with port’s ever-growing STS customer base.

In a press statement, Emile Hoogsteden, chief executive officer of Sohar Port said, “The year 2022 has been tumultuous when it comes to higher energy costs and soaring consumer food prices globally, which have led to higher marine bunker prices and an increase in shipping costs for all sectors. With that said, we have been pleased with our performance, as well as seeing throughput grow quarter on quarter, year versus year.”

He added, “As we embark on 2023, we are optimistic about what the year holds for us. With the continuous support of our shareholders at Asyad Group and Port of Rotterdam, we are confident that Sohar Port and Freezone will continue to grow and place Oman on the global trade and logistics map. We are also excited about the prospects of investments in the realm of green hydrogen, supported by the recently signed agreement between Oman and the Netherlands at COP27, which will contribute to building the global green hydrogen value chain, as well as boost port development opportunities.”

With a bespoke regulatory and incentive scheme programme to attract foreign direct investment, phase one of the freezone is now occupied at over 75 per cent capacity.

Omar al Mahrizi, chief executive officer of Sohar Freezone and deputy chief executive officer of Sohar Port, said, “The growth we have achieved in 2022 to date provides a solid platform for even better results during 2023. Further expansion is planned as we continue to reach out to overseas investors about the potential of Sohar Port and Freezone to meet their logistical needs in the region.”

He added, “In line with the aims of Oman Vision 2040 and considering the financial and economic measures the government is taking, the national economy is expected to grow by 5.7 per cent next year. As a key enabler of growth, we look forward to more successes and achievements as Sohar Freezone continue to attract foreign direct investments and be the home of mega-projects in the fields of manufacturing consumer goods, food and industrial supplies, while offering competitive incentives and benefits.”

Sohar Port and Freezone has attracted US$27bn in total investment as part of a long-term commitment to developing Oman’s economy in line with the objectives of Vision 2040.