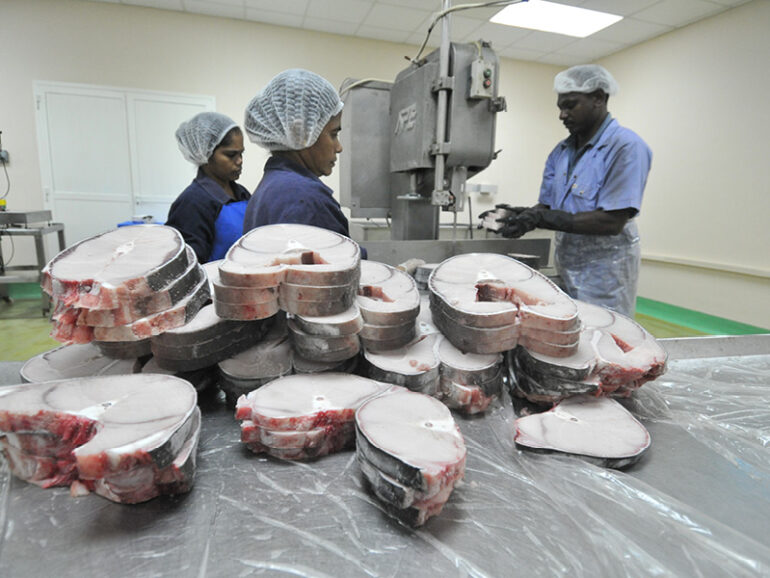 Muscat – Most priority sectors targeted in the sultanate’s tenth Five-Year Development Plan (2021-2025) have exceeded the government’s targets for 2021.

‘Many of the economic diversification sectors targeted in the tenth Five-Year Development Plan have achieved remarkable increase in growth rates (at current prices) between the 2021 target and the actual growth as of June 2021,’ the Ministry of Economy tweeted on Thursday.

Manufacturing industries recorded a robust 34.2 per cent growth during the first half of 2021 against the target of 8.7 per cent for 2021, the ministry’s data showed.

The transport, storage and communications sector also recorded a 15.8 per cent growth for the first six months of the year, exceeding the government’s target of 7.9 per cent for 2021.

Fisheries, which is one of the top priority sectors in the current plan, grew by 21.9 per cent during the January–June period of 2021, nearly 13 percentage points above the full year target of nine per cent.

The mining recorded an actual growth rate of 7.7 per cent by the end of June, surpassing the 6.8 per cent targeted growth for the sector in the 2021-2025 development plan.

‘There is remarkable increase in the contribution of some economic diversification sectors in the first year of the tenth Five-Year Development Plan,’ the Ministry of Economy said.

The current development plan is the first within the strategic Oman Vision 2040 under the patronage of His Majesty Sultan Haitham bin Tarik. The plan focuses on economic diversification mechanisms and programmes to raise the contribution of non-oil activities.