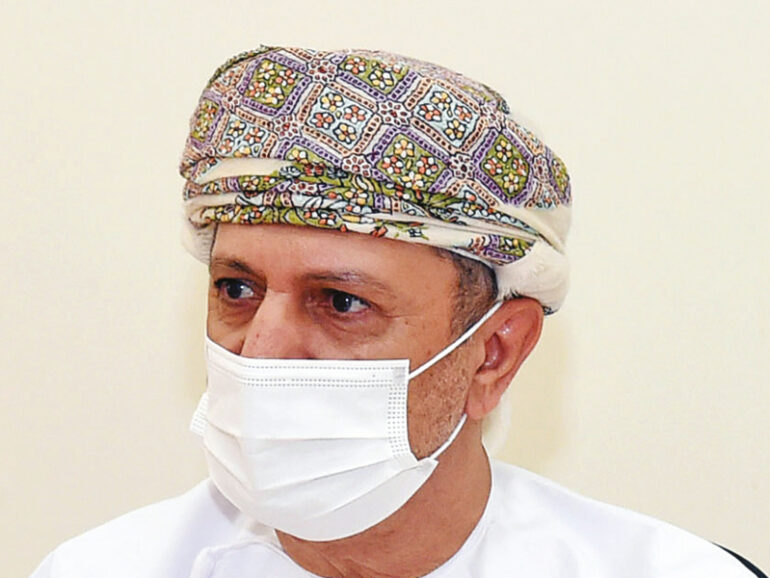 Suwaiq – The Ministerial Committee in charge of assessing the impact of cyclone Shaheen has tasked the Ministry of Housing and Urban Planning (MHUP) to facilitate construction of 328 houses which were completely damaged during the tropical condition.

The Ministerial Committee held its fourth meeting on Monday in Suwaiq to look into updates and efforts made to deal with the aftermath of the cyclone.

The meeting was chaired by H E Sultan Salim al Habsi, Minister of Finance and chairman of the committee. He informed that MHUP “has been tasked with designing layouts for the construction of 328 houses for citizens that were completely damaged”.

Responding to reports of the impact of Shaheen on aflaj in the governorates of North and South Batinah, H E Habsi informed that 80 aflaj and five dams were damage and that a tender has been awarded to repair 24 aflaj and two dams.

“The remaining dams will be repaired as soon as technical procedures are finalised,” he said, adding that the Ministry of Agriculture, Fisheries and Water Resources (MAFWR) has been entrusted the task of conducting a study for protection of dams built along the course of wadis.

H E Habsi affirmed that the Ministerial Committee and concerned authorities agreed to draw out temporary solutions for citizens to access their homes in the cyclone-stricken areas till such time that internal road restoration work is complete.

A team comprising the Engineering Services Division of Sultan’s Armed Forces, the Ministry of Transport, Communications and Information Technology, MAFWR and the municipalities of North Batinah and South Batinah presented a report about the repair of internal roads damaged by the cyclone to the committee.

Proposed recommendations in this respect will be submitted to the authorities concerned to avoid repetition of such damage to roads and culverts during adverse climatic conditions in the future.
At the meeting, the committee announced two decisions, the first being an exemption for citizens who lost documents in the cyclone-affected areas from any fees when they apply for alternative documents.

The second decision pertained to floating a tender for the maintenance of two protection dams and 24 aflaj damaged during Shaheen. MAFWR has been tasked with finalising the related procedures.