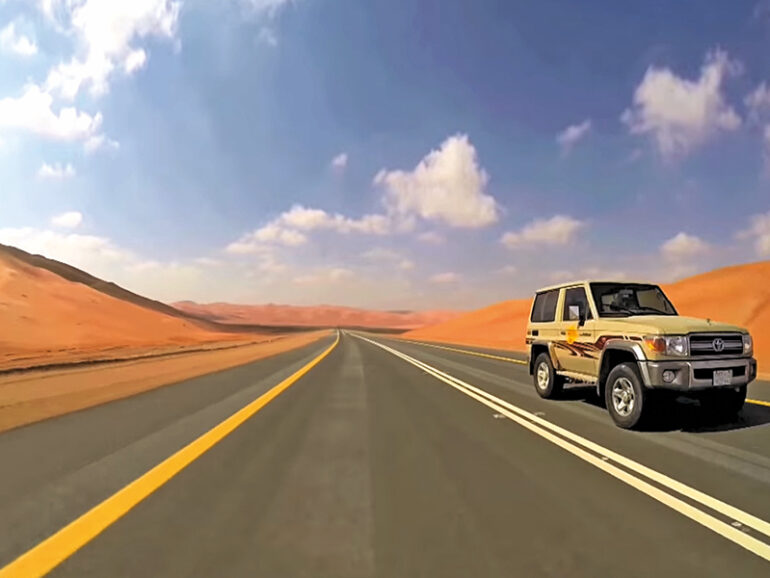 Based on the direction to expedite the opening of land borders between Oman and Saudi Arabia that resulted from His Majesty Sultan Haitham bin Tarik’s state visit to Saudi Arabia in July, the security delegation of both countries visited the border following a joint security meeting on Monday.

‘As part of the work of the joint working group emanating from the joint Supreme Security Committee between Oman and Saudi Arabia, the team made an inspection visit to the Rub al Khali border post,’ stated the Royal Oman Police (ROP).
The visit comes on the sidelines of the joint security meeting, which started on Monday with its first session in the sultanate, the ROP statement added.

‘The meeting included a discussion on bilateral relations and aspects of cooperation between the two sides in various joint security fields,’ the ROP said.

In a joint statement issued by Oman and Saudi Arabia after the conclusion of His Majesty the Sultan’s visit to Saudi Arabia, it was said that the both parties agreed ‘to direct the concerned bodies to expedite the opening of the direct land route and border crossing, which will contribute to the smooth movement of citizens of the two countries and the integration of supply chains as a prelude to achieving economic integration between the two brotherly countries’.

The firstever road linking Oman with Saudi Arabia, that has been delayed for years now, will not only cut down distance between the two countries by around 800km but also reduce travel time considerably.

The road passes through Rub al Khali and the eastern province of Ihsa in Saudi Arabia. Currently, one has to go through the United Arab Emirates to reach the kingdom.

H E Eng Khamis Mohammed al Shamakhi, Undersecretary for Transport in the Ministry of Transport, Communications and IT (pictured), on Tuesday held a meeting with Dr Mansour Abdulhamid al Turki, Deputy Minister of Planning and Information of the Kingdom of Saudi Arabia, to review the areas of common goals.

The meeting, held via videoconferencing, reviewed the major features and goals of the National Strategy for Transport and Logistics Services (NTLS) of Saudi Arabia, said a statement. It also explored means of promoting the existing cooperation between the two countries in the fields of transportation and logistics.