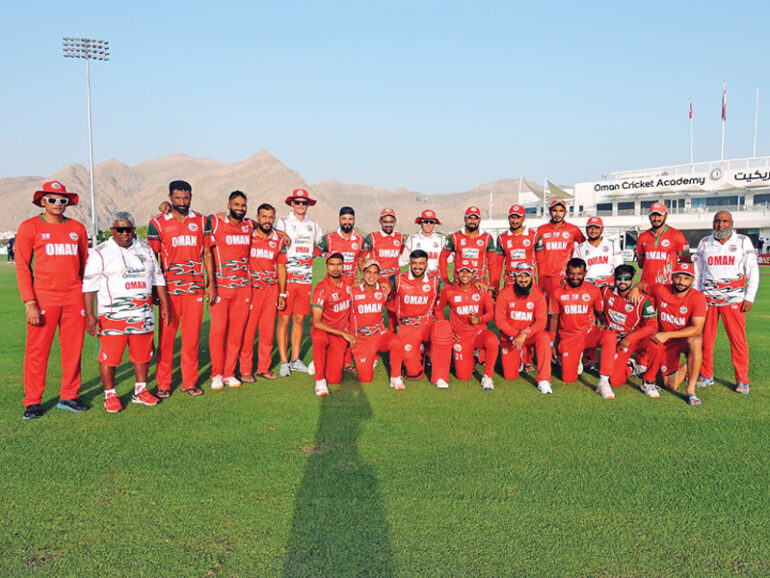 Zeeshan Maqsood will lead Oman in the forthcoming ICC T20 World Cup, Oman Cricket (OC) announced on Wednesday. The T20 World Cup will be hosted in Oman and the UAE from October 17 to November 14.

This will be the sultanate’s second successive participation in the global showpiece event, having earlier qualified for the 2016 edition in India.

Hopes will be high from Duleep Mendis-coached side as they play the first round at home against Bangladesh, Scotland and Papua New Guinea (PNG) in the Group B.

The top-two teams from this group will make it to the Super 12s, which will be played in the UAE.

Aqib Ilyas has been named the vice-captain. There were no major surprises in the squad selection on Wednesday.

Besides skipper Maqsood, the other players who featured in the 2016 World Cup and will play their second T20 World Cup are batsman Jatinder Singh, allrounders Sufyan Mehmood and Khawar Ali and pacer Bilal Khan.

Mendis and the selection committee have relied on the in-form players in picking the squad with the recent series against Mumbai serving to be a good indicator of the players.

Allrounders fill the team with Mohammad Nadeem, Ayaan Khan, Sandeep Goud and Nester Dhamba getting the nod while wicketkeeping duties will be handled by either Suraj Kumar or Naseem Khushi.

The bowling attack will be bolstered by medium pacers Kaleemullah and Fayyaz Butt while Khurram Khan is the other specialist batsman.

Oman take on PNG in the opening clash at the Oman Cricket Academy Ground on October 17. They take on heavyweights Bangladesh on October 19 and end their

If Oman manages to finish second in the pool they will advance to Super 12s Group One, which features England, Australia, South Africa, West Indies and winner of first round Group A. The Group B first round topper have been pooled in Group Two that comprises India, Pakistan, New Zealand, Afghanistan and second-placed team from Group A.