Cracker of a contest in offing 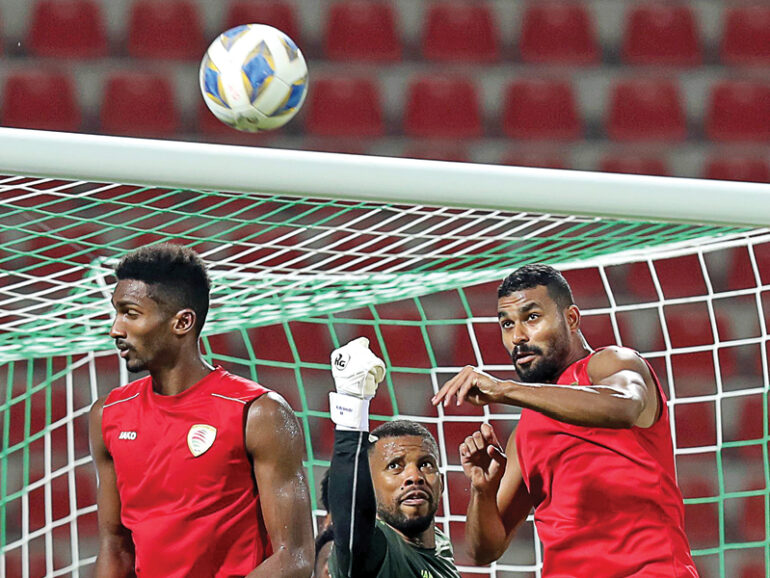 Oman’s shock win over hosts Japan in Osaka last Thursday shook the football fraternity in the continent. The reverberations could be still heard in Muscat on Monday as the Red Warriors prepare for yet another challenge and hope they could upset another continental powerhouse in Saudi Arabia.

Hosts Oman lock horns against fancied Saudi Arabia in their Group B match of the AFC Asian Qualifiers – Road to Qatar at the Sultan Qaboos Sports Complex (SQSC) on Tuesday. The match kicks off at 8pm.

At the pre-match press conference on Monday, Oman’s exploits over Japan continued to hog the limelight as both the  coaches – Oman coach Branko Ivankovic of Croatia and his Saudi Arabia counterpart Hervé Renard of France – spoke of their respective teams’ preparations.

Ivankovic admitted that at times such major and historic victories carry a ‘potential danger’ while Renard believed that the win would mean that Oman are ‘high on confidence and are a motivated group’.

Ivankovic, who led Iran to the 2006 World Cup finals, has been at the helm of Oman team since January 2020. Basking in the glory of Oman’s first-ever win over world No 24 and Asia No 1 side Japan, he said an ‘exciting game against Saudi Arabia awaits tomorrow’ as competitive football returns to Oman after nearly two years.

The Croatian said, “It is great to be back to play at home and, more importantly, in front of our fans after nearly two years. We are excited and we want to show our best tomorrow after our excellent result against Japan.

“Saudi Arabia is one of the best teams in Asia and they normally qualify for the World Cup finals. They have a good coach [Herve Renard] and it is going to be a tough game for us.

“We will take each game as it comes. My players are ready and I expect them to give their 150 per cent tomorrow and hope to make the people of Oman happy.”

On the team’s experienced defender Mohammed al Musalami’s fitness and his chances to play on Tuesday, the coach said that ‘he is almost ready’ but ruled him out  against Saudi Arabia’.

“He should be fine for the away game against Australia [October 7]. The other players – Ahmed al Kaabi and Mohsin al Ghassani – who had injury

concerns are absolutely fit and available for the match.

“I have high confidence in my players and I expect them to play their hearts out tomorrow. My instructions for them are simple – go out and give your best.”

Oman midfielder Harib al Saadi, who also attended the press conference, said that the team is all ‘geared up’ and are ‘excited to play in front of the fans after a long time’.

Ivankovic said that to have a game soon after his team’s upset win over Japan does carry a ‘potential danger’ but he has full faith in his boys.

The coach said, “Obviously, the expectations soar after such an excellent result. But my players are ready to soak up the pressure. They are a smart, young and talented group. The win over Japan definitely has given their confidence a big boost and also strengthened their belief that they can beat any team.

“Against Saudis, they need to showcase their potential.”

Ivankovic said his players have a ‘winning mentality’ and he prefers to have a team with an ‘offensive mindset’.

Against Japan, the win was the result of organisation, planning and execution, and one which gives Ivankovic hope of delivering a repeat performance against Saudi Arabia, which also began their campaign with a 3-1 win over Vietnam on Thursday.

The coach is expected to keep his trust in winning combination in Osaka, courtesy a 88th-minute goal from Issam al Subhi.

Despite a relatively unheralded squad which features just one player – Qatar-based midfielder Jameel al Yahmadi – currently registered to a club outside the country, Oman have also proven to be one of the most defensively compact teams in Asia since Asian Qualifiers action resumed in full in June.

Ivankovic’s side have conceded just two goals in four matches since then, limiting their opponents to a mere eight shots on target, four of which occurred in Thursday’s win in Japan.

That miserly defence worked in tandem with an incisive attacking side during Oman’s match against the Samurai Blue, with the Red Warriors registering 12 shots at goal.

Saudi Arabia’s coach Renard said that his team is ready for an ‘interesting and a difficult game’ against Oman.

“They had a great result against Japan. Our group is a very tough and all teams are going to fight till the end,” he said. Group B comprises Saudi Arabia, Oman, Japan, Australia, Vietnam and China.

He added, “Saudi Arabia have a good team spirit. It is always a difficult match against the neighbours and regional rivals. Teams are usually motivated against us.

“Oman is very organised and a disciplined team. They displayed good fighting spirit against Japan. We know the team well and we are focused on the match.”

Despite the shaky start against Vietnam, Renard said that his team is looking to earn maximum points.

“It will be an interesting match for both teams after the victories each team achieved in the opening match,” said the Frenchman, who previously led both Zambia and Ivory Coast to African Cup of Nations titles.

“All qualifiers are difficult, so we must respect all the competing teams that have reached the last stage of the qualifiers.”

The teams have clashed 20 times in the past with Saudi Arabia winning 12 and Oman recording only five victories, the last being a 2-0 triumph in the Gulf Cup played in Kuwait in December, 2017. Saudi’s last victory was also in the Gulf Cup in December 2019 in Doha when they won 3-1.