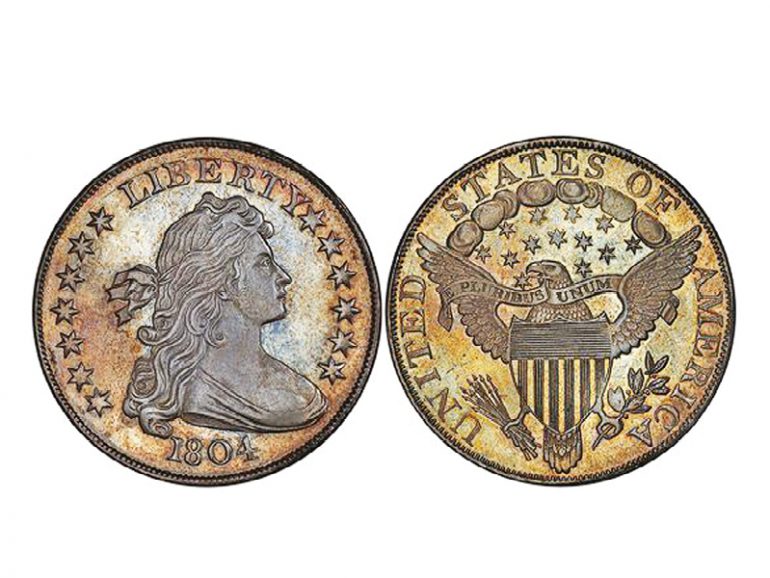 A 1804 silver dollar coin that was gifted in 1835 to Sultan Said bin Sultan, the Sultan of Muscat and Oman, by the then US president Andrew Jackson has been sold for US$7.86mn at Stack’s Bowers Galleries auction on August 17 in the US, making it the second-most valuable US silver dollar ever sold.

The 1804 silver dollar coins, known as ‘King of American Coins’, were specifically minted in 1834 at the request of president Andrew Jackson to be given by the US State Department as diplomatic gifts fit for a king.

The most valuable US dollar is the 1794 Flowing Hair dollar, which sold for more than US$10mn at a Stack’s Bowers Galleries auction in 2013, the auction house said.

The 1804 coin, graded Proof-68 by PCGS, a professional coin grading service company, was offered from the collection of D Brent Pogue. Pogue, who died in 2019 at age 54, acquired the coin in 1999 for a then world-record price of US$4.14mn, according to Stack’s Bowers Galleries.

‘This 1804 Class I Original dollar is the single finest example of this famous issue, known as the ‘King of American Coins’.

The provenance of this specimen began when it was delivered in 1835 as a diplomatic gift to the Sultan of Muscat, and it has since resided in only four private numismatic collections, those of Charles A Watters, Virgil M Brand, the Childs family, and the Pogue family.

Following its mysterious appearance in a London auction in 1917, this specimen had sold at auction only once, in Stack’s Bowers Galleries’ 1999 sale, when the Pogue family acquired it for the then world-record price of US$4.14mn,’ the gallery stated in a press release.