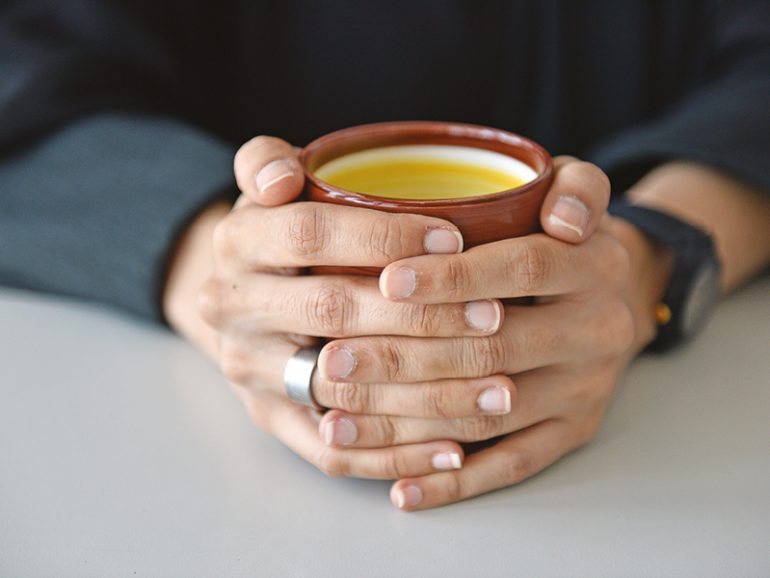 It’s good to take a look at your nails everyday, whether you love them or not. Your nails reveal more than you might think. And if you do not take note, others will.

Being aware of the health of your nails could give you an early warning of a serious problem that needs attention. It can even save your life in some cases. Here’s what your nails may suggest about your health:

Pale finger and toenails are generally a common sign of aging. Surveys have indicated that 3 in 4 persons above 60 yeas had developed pale, dull nails. However, pale nails can also indicate serious health problems in some individuals. They could vary from a low red blood cell count to diabetes, liver disease, thyroid problems, malnutrition, even heart disease.

There are many reasons why only one nail may be partly or entirely white, including injury. When nails turn white, a visit to the doctor is recommended.  White nails with a pink band at the top of the nail bed are called Terry’s nails, and they may signify a serious health condition.

The white half-moon area at the base of your nail is called the lunula, which is indistinguishable from the rest of the nail, if you have Terry’s nails. This symptom may indicate cirrhosis of the liver, chronic kidney failure, or congestive heart failure. For some, this condition could also be part of aging or a harmless genetic trait.

Nails can get yellow for many reasons, including fungal infection, the most common cause. Smokers, too, seem to have yellow nails and it might also indicate psoriasis, thyroid problems, or diabetes.

In rare cases, ‘Yellow Nail Syndrome’ (YNS) can be noticed in those with serious lung disease and swelling of the extremities (lymphedema). This almost always develops in patients over age 50. Sometimes, YNS goes away on its own, but if it doesn’t, vitamin E supplements may be helpful.

Nails can take on a blue appearance for many reasons. Technically, your nail isn’t blue – the nail bed beneath gets a bluish hue. The nail bed is free of skin pigment and is vulnerable to blue colouring – one cause being silver poisoning (argyria) due to increased exposure to silver.

People who work with silver, including silver miners and silverware manufacturers, are at risk of argyria. So too are people who take silver (possibly as silver salts) as an alternative medicine. Some medications may also leave your nail beds blue, especially drugs used to fight malaria and those used to fight psychosis.

The cause of nail brittleness, a common condition of the elderly, is not yet discovered. It can result from drugs, trauma to the nail, or a number of diseases or nutrient deficiencies. When nails begin to split horizontally, the condition is called onychoschizia. But when they split along the direction the nail grows, this is called onychorrhexis.

The skin around the edge of your nail, known as the nail fold, can be damaged by many things. When it gets puffy and swollen, doctors call it paronychia, which can be either chronic or acute. Acute paronychia usually develops from an infection.

If your nail bed is chronically puffy, you probably have a chemical irritation. People whose hands are frequently soaking in water – dishwashers, food handlers, and swimmers, can also get puffy nails..

The common stress-relieving habit of nail biting can cause ‘chewed nails’ in children and adults. It can have both obvious and subtle health consequences. Most obviously, chewing your nails leaves them looking raw and rough. But other health problems may include intestinal parasites picked up from your nails, jaw pain, fungal nail infections and stomach infections from swallowing nail pieces.

If your nails are crossed with one or more pale or white bands from side to side, you may have Muehrcke’s lines which arises out of a lack of albumin in your blood (hypoalbuminemia). Albumin makes up most of the protein in your blood, and its absence may spell serious health consequences

Clubbed nails occur when the ends of your fingers or toes grow bulb-like. It’s sometimes known as drumstick fingers. While nail clubbing is most often unrelated to any other condition, there are some potentially fatal diseases that this may alert you to, including disease of the heart or lungs.

The green streak on your nails may be a splotch beneath the nail or you may find vivid, dark, completely green nails. These can appear as either finger or toenails, or both, commonly due to a bacterial infection. The Pseudomonas bacteria may be picked up from working in or otherwise spending time in water. Those gardening in wet weather, working as a dishwasher or swimming in poorly chlorinated pools and hot tubs, can get what is known as Green Nail Syndrome.