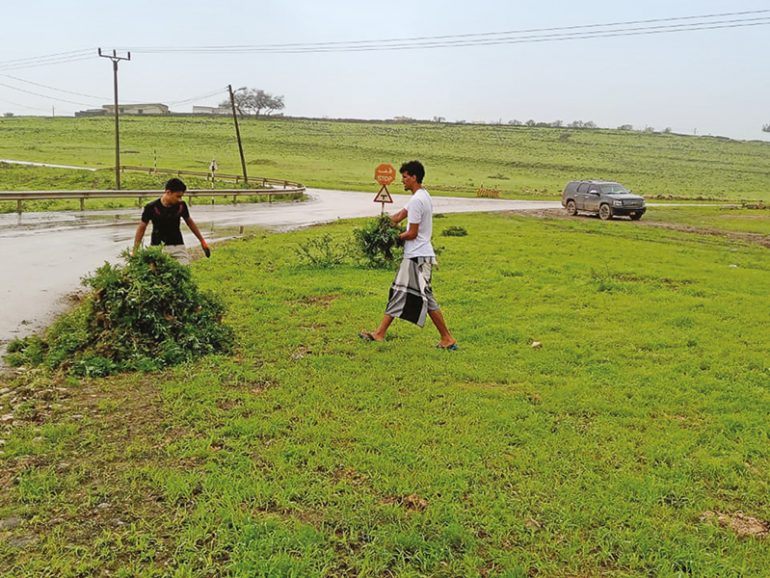 With the aim of spreading awareness on the importance of preserving green spaces in Dhofar, over 200 people have come together for a campaign to fight the invasive plant Parthenium.

A volunteer team from Dhofar is uprooting the plant over several square kilometres of land.

“We began uprooting the weed in the villages of Mirbat, Taqa, Rakhiout, Dalkhout and Salalah.”

The team, which was founded in July 2020, now consists of over two hundred youth.

Considered to be the worst weed currently known, Parthenium – a noxious plant – has plagued some stretches of Dhofar’s plains and farm fields.

Talking about the campaign he said, “On some days we work tirelessly from 8am to 4pm. This needs a lot of effort and money. We also face some challenges such as lack of tools. We also have to face the threat of reptiles like cobras.”

Maashani said during the campaign they take extra care to follow all COVID-19 precautionary measures like wearing face masks, gloves and maintaining physical distancing to prevent the spread of the virus.

“We will continue to work in several parts of Dhofar. The team aims to promote volunteerism and social and cultural initiatives among community members. The team also aims to provide relief to the agricultural sector in the governorate,” he said.

“We call on all responsible parties to cooperate to preserve and protect our precious environment. We will continue to spread awareness on the importance of preserving green spaces. We hope to get modern technology and tools from private or government agencies to get rid of this poisonous plant.”