New initiative to save excess food from being wasted 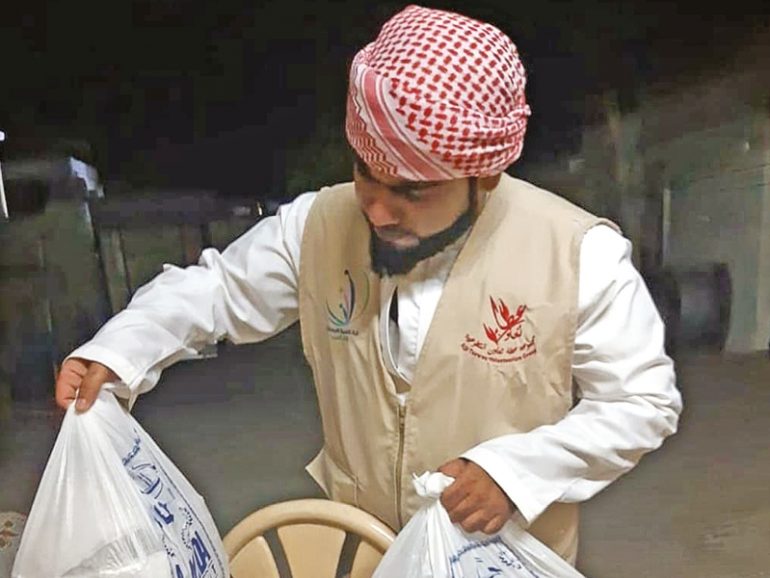 Food waste is a long-standing problem that has troubled the conscience of many in Oman, prompting a group of volunteers to take note of the matter and start collecting excess food from restaurants and weddings to distribute among needy families.

As part of its ongoing commitment to help needy families, the Ata’Tawwon volunteer group in Seeb has launched a service with a van to collect and distribute excess food, thereby saving it from going to waste.

According to Food Waste Index Report 2021, in Oman, households waste 470,322 tonnes of food every year. The wastage per person is estimated to be 95kg.
Speaking to Muscat Daily, Turkiya Suleiman Abdulrahim al Zadjali, head of Ata’Tawwon, said, “We operate under the umbrella of the Committee for Social Development in the Ministry of Social Development in Seeb. The idea came from the pain we felt on seeing how food prepared in excess was thrown away as waste. In July 2021, the team launched a van to transport excess food.”

In coordination with Muscat Municipality, the team collects food from weddings, events, restaurants and companies that is safe and edible and distributes it among needy families. Food that isn’t fit for human consumption is given to animals.

The team also collects used clothes, utensils, washing machines, irons and other appliances in good working condition for distribution among the needy.
According to Turkiya, arranging funds for the van to collect and distribute food and refrigerators to store the food was a major challenge for the team face.

She also spoke about the need for people to understand that volunteering is giving back to the community. “It is a selfless and generous initiative, so people should not think about rewards. Your reward is to see the fruits of your labour. People should also understand that volunteering can be in any form and rendered anywhere. And according to our religion, we should not waste food, not even the small amount.”

“We have received help from many people and are thankful to all those individuals and companies that have supported us.”