Oman at Olympics: Khatri hopes for a good show 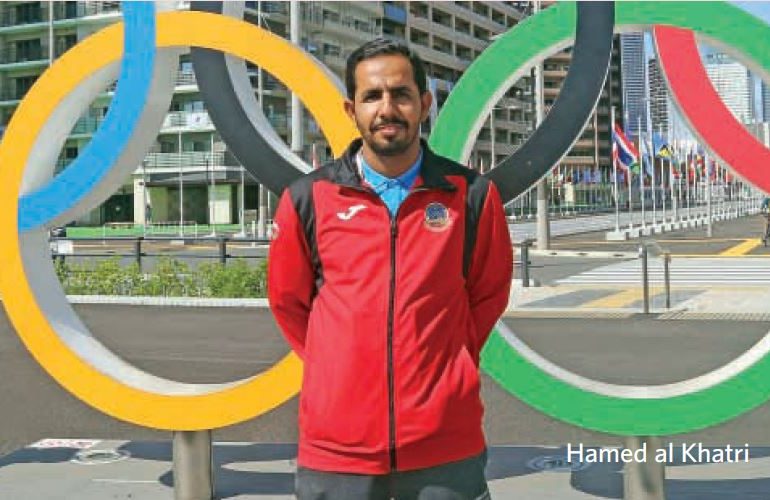 Oman’s campaign at the Tokyo 2020 Olympics will conclude on Monday when Hamed al Khatri will compete in the men’s 50m rifle three positions at the Asaka Shooting Range.

The experienced marksman, who is participating in his second successive Olympics, is hoping to better his own individual best score (1,176) in the competition. His current score is also an Arab record.

The 50m rifle three positions qualification event will witness a world-class field of 50 shooters in fray, including world and Olympic champions, and only the  top-eight will advance to the final, which will be held also on Monday.

Trained under national coach Sultan al Rushaidi, Khatri’s best display so far has been a gold at the Arab meet in Egypt last year.

Speaking ahead of his competition on Monday,  Khatri said, “ I am happy to compete at the Olympic Games for the second consecutive time. To represent the nation at the world’s biggest sporting stage is an honour for any athlete. I am looking forward for a good display tomorrow.

“My goal is to improve my personal best score and I am hopeful of achieving it.”

However, at the 2020 Arab Shooting Championships in Egypt in January, 2020, Khatri did the sultanate proud when he clinched a gold among a field of 38 shooters.

He has also participated at the World Cup regularly from 2017-2019.