Oman to host yet another world-class sailing event this year 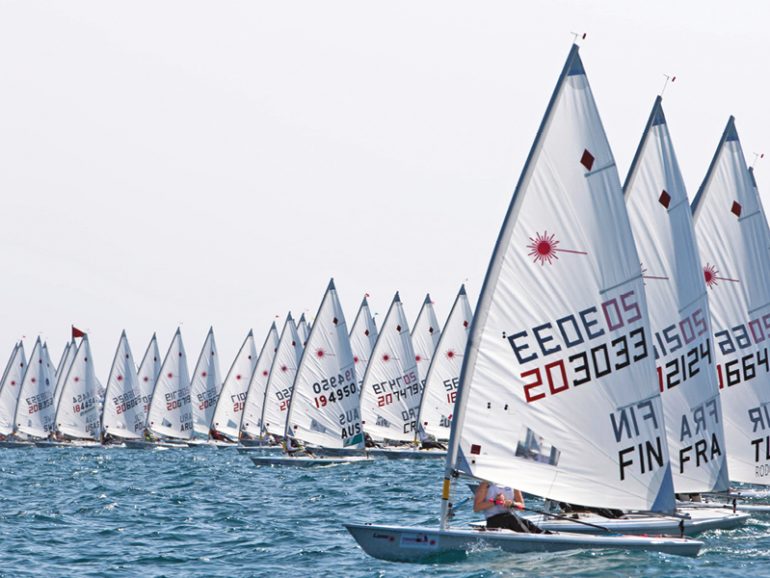 Oman is set to be the sailing capital of the world later this year with Oman Sail announcing on Tuesday that it will host yet another global event at Mussanah Sports City in 2021.

Oman Sail stated that it has been awarded the rights to host the International Laser Class Association (ILCA) Radial World Championships and that the event will be held from November 29 to December 6.

Oman will be ‘the destination’ for sailing fans and enthusiasts as the world’s best sailors head to the sultanate to compete in different classes.

Nearly 160 sailors from 50 nations are expected to take part in the worlds, which was originally scheduled to be held in Houston, US.

This is the first time that the 49ers, 49erFX and Nacra worlds will be hosted in Asia.

The 50th edition of the coveted youth world championships is expected to attract nearly 400 sailors from more than 60 countries across six events for boys and girls.

Besides the three world championships, Oman is also hosting the 2021 Asian Windsurfing Championships in Musandam from October 11 to 16.

Also on Tuesday, Oman Sail confirmed to Muscat Daily that it will host the Asian 49er, 49erFX and Nacra 17 Championships from November 5 to 9 after a request was received from the chairman of Asian Sailing Federation.

The Asian regatta is expected to be a good build-up for competitors from the continent ahead of the worlds at the same venue.

Besides the world championships and Asian meets, Oman Sail’s own ‘baby’ – Sailing Arabia-The Tour will also begin on November 24. This will be the 11th edition of the mixed offshore and inshore regatta that has sailors compete across the sultanate.

Speaking after the ICLA Radial World Championships were awarded to Oman, Oman Sail CEO Dr Khamis al Jabri said, “Oman Sail is honoured to be able to offer ILCA Radial sailors from around the world an opportunity to compete against the best in the world. Winter will be a busy time for sailing in Oman and brings with it a welcome socio-economic impact which will benefit the community in Mussanah and across the country as we begin the journey back to normality after a long period of downtime. We are excited to again show the capability of our nation to host a high-profile event and look forward to sharing our warm hospitality with the world once more.”

Andrus Poksi of the International Laser Class Association, said, “Oman has a long and proud maritime history and has gained a strong reputation as hosts in recent years. We are glad to be able to ensure the continuity of the ILCA Radial World Championships with the support of such capable hosts in Oman Sail and the ideal sailing conditions offered by the country in November.”

The championships will be hosted at the Barceló Resort Mussanah, a five-star beachfront resort. Entry will be initially allocated based on ranking positions and is capped at 110 sailors in the women’s competition and 50 sailors in the men’s category.