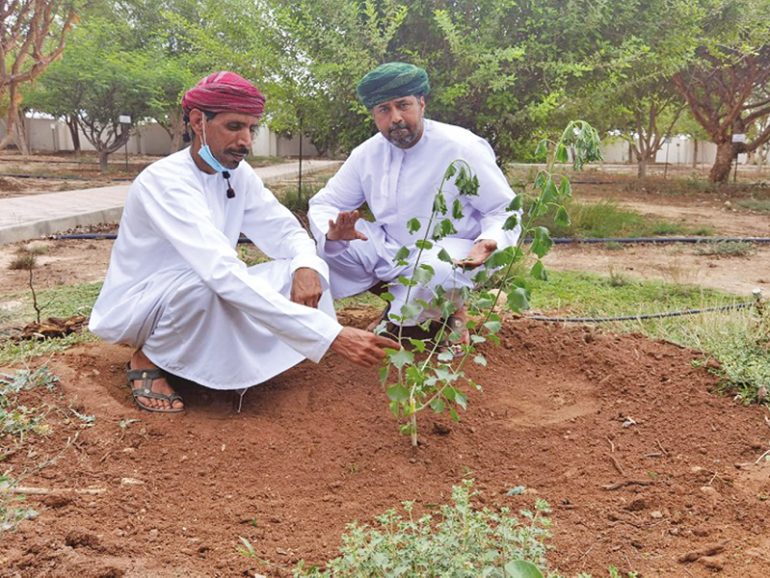 Honouring the people who spread environmental awareness among the community, Dhofar Municipality has launched the third hashtag under its campaign ‘We are all responsible’.

The municipality launched the campaign on July 10, under which a hashtag bearing the name of a person or a volunteer team whose work comes to light in the governorate, is launched every week.

The hashtag for the week from July 24 to 30 is #Thank you environmental activist, Ali Akaak.

“With a number of volunteer teams I planted perennial trees to preserve wildlife,” he said.

Akaak said they organise about 40 volunteer campaigns a year to urge members of the community to preserve the Omani environment.

Akaak, who is a wildlife specialist at the Environment Authority (EA), has discovered and documented a rare species of tree in Oman and in the Arab world. It is a pasture tree that plays a major role in the ecosystem in the region.

“It is a flowering tree that attracts bees. The tree is locally called Ghudoot,” he said.

Talking about the tree, he added that communication was established with Professor Tony Miller, an expert on plants in the Royal Edinburgh Gardens in the United Kingdom who is interested in documenting wild plants in the Arab countries. He affirmed that it is a new species in the Arab world. It was earlier registered in Pakistan and Sri Lanka.

Akaak pointed out that EA’s specialists are in contact with international organisations to register this tree. A research is being conducted to study the tree to be classified officially as the first tree of its type in the Arab world.

Talking about Parathinium plant, he said, “I discovered the presence of this plant in Dhofar. Parthenium, a noxious plant, has plagued vast stretches of Dhofar’s plains and farm fields.”

Campaigns are conducted in some places such as Dhalkoot and Mrabet to get rid of the weed, which is responsible for severe human and animal health issues, such as dermatitis, asthma and bronchitis, and agricultural losses, besides being a threat to biodiversity, he added.