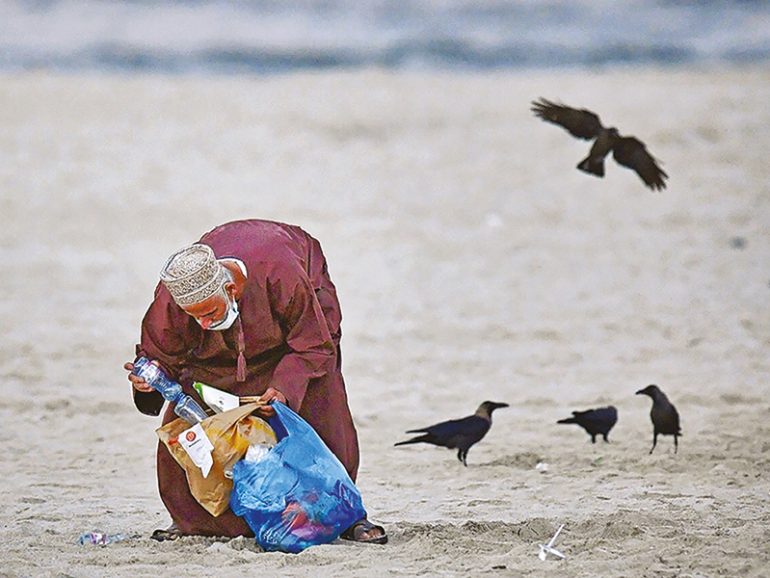 As part of its efforts to spread awareness on the importance of cleaning public places and preserving the beauty of Dhofar governorate, Dhofar Municipality has launched a campaign titled ‘We are all responsible’.

Speaking to Muscat Daily, an official in Dhofar Municipality said, “The municipality launched the campaign on July 10. It draws the attention of the community members not to leave waste in public places. We urge individuals and volunteer teams to participate in this campaign.”

Under the campaign, a hashtag bearing the name of a person or a volunteer team who participated in cleaning a place in the governorate will be launched every week.

The hashtag for the week from July 10 to 16 is #Thank you Aqeelba Omar.

The white sandy beach is located in the middle of Salalah.

Acknowledging and appreciating his initiative, Dr Ahmed bin Mohsen al Ghassani, head of Dhofar Municipality, received Omar in his office recently to honour and thank him for hisefforts.

Dhofar Municipality has called on community members to participate in the first week of the campaign with a video, photo or opinion that helps reduce the spread of waste in public places in Dhofar under the title ‘Thank you Aqeelba Omar’.