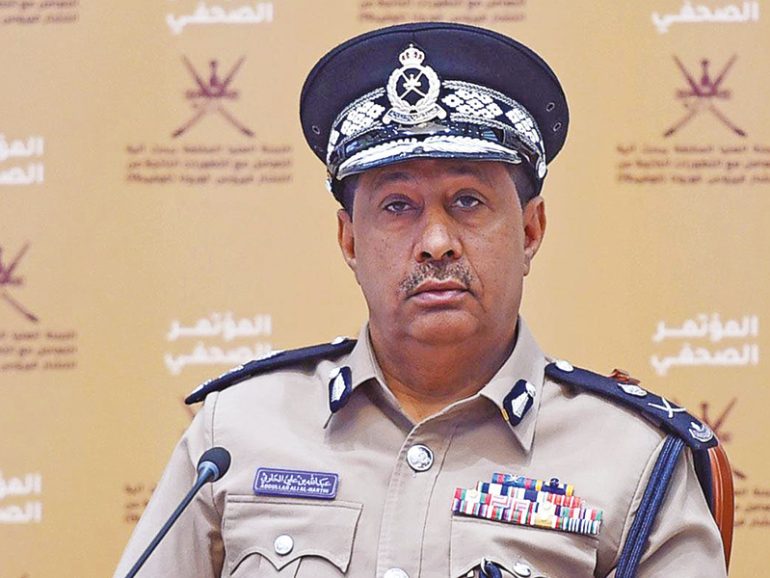 A special round-the-clock operations centre will be opened on July 16 for effective monitoring and giving special permission during the complete closure period, according to Maj Gen Abdullah bin Ali bin Hamad al Harthy, Assistant Inspector General of Police and Customs for Operations in Royal Oman Police.

At a press conference of the Supreme Committee on Thursday, Maj Gen Harthy said, “The operations centre will run under the guidance of five ministries.”

There will be checkpoints in various governorates and patrols within the wilayats.

“All procedures will remain the same as during the previous movement ban. The ban this time will be in effect from July 16 till the end of the month.”

He added that during the closure, exceptions will be made for passage of patients, humanitarian cases and for activities related to the storage and sale of foodstuff and other basic essential activities. Hospitals, pharmacies, fuel and water stations, factories and warehouses will remain open. Trucks carrying essential materials of three tonnes and more will be allowed to pass.

“There will be no disruption to basic services during lockdowns. People can call 1099 for help,” said Maj Gen Harthy.

He added that there will also be some flexibility in rules for people owning farms and livestock barns during the full lockdown.

“For farmers who need to water their crops as well as tend to their farms and livestock, there will be some scope of flexibility in the rules and these groups will be allowed to carry out their activities. People selling fodder will be allowed to sell their products at the entrance of  wilayats.

“For Dhofar and Musandam governorates, anyone who has not received a dose of the approved vaccine and registered in Tarassud+ will not be allowed to enter. Ferries will be available to go to Musandam,” said Maj Gen Harthy.

About visas, he said, “There is no change in the decision to issue visas except for what has been excluded by the Supreme Committee.

Issam al Zadjali, chairman of Muscat Municipality, informed that slaughterhouses of the municipality will be closed during the three days of Eid. On other days, these will work in two shifts – 7am-12pm and 3pm-4.30pm.