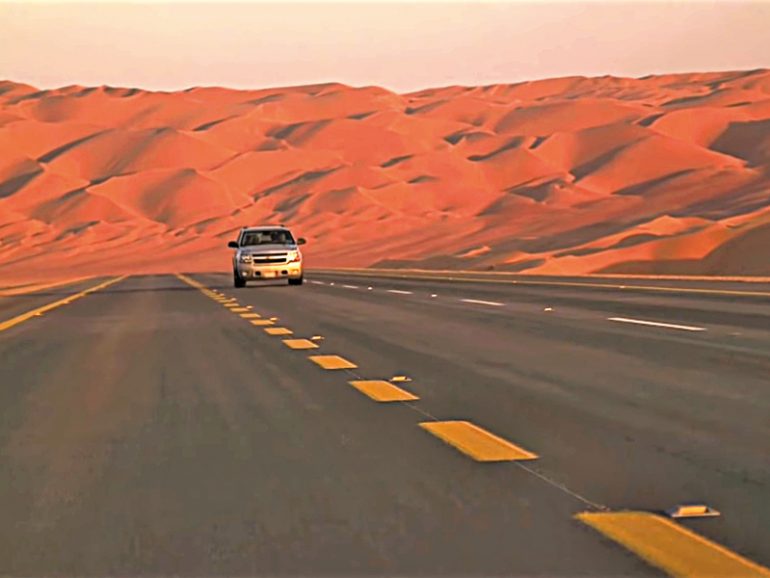 The first ever road linking Oman with Saudi Arabia, that has been delayed for years now, will open soon, according to H E Salim Mohammed al Nuaimi, Undersecretary for Transport in the Ministry of Transport, Communications and Information Technology.

The road will not only cut down distance between the two countries by around 800km but also reduce travel time considerably. Currently, one has to go through the United Arab Emirates, first crossing the Omani-UAE border and then the UAE-Saudi one to reach the kingdom.

In an interview with Oman TV, H E Nuaimi said, “The Oman-Saudi Arabia road will open soon. The road is considered almost complete, and now  work is underway to establish the necessary facilities to provide services to its users, and we hope to open it soon.”

H E Nuaimi described the road linking the two countries as ‘vital’, noting that the major part of the road runs through Saudi Arabia stretching over some of the toughest terrain in the world, including Rub al Khali, or Empty Quarter.

The road passes through Rub al Khali and the eastern province of Ihsa in Saudi Arabia. The section of the road in Oman is around 160km long, while around 580km of it is in Saudi Arabia.

The Saudi section links the Khorais-Bathaa road to the Omani border, via Shayba and Umm Zamoul. “The section of the road in Oman has been completed. We are now coordinating with the Saudi side, which has completed its side of the road, to open it soon,” said H E Nuaimi.

In an interview with ONA, H H Sayyid Faisal bin Turki al Said, Oman’s ambassador to Saudi Arabia, said work on the road is in its final stages, and hoped that the border will be opened soon. “The concerned authorities in the two countries are making efforts in this regard.”

The road offers scope for great commercial exchange between the two countries in several fields, including fisheries that is in much demand in the Saudi market, while Saudi Arabia provides the Omani market with large quantities of dairy products and petrochemicals.