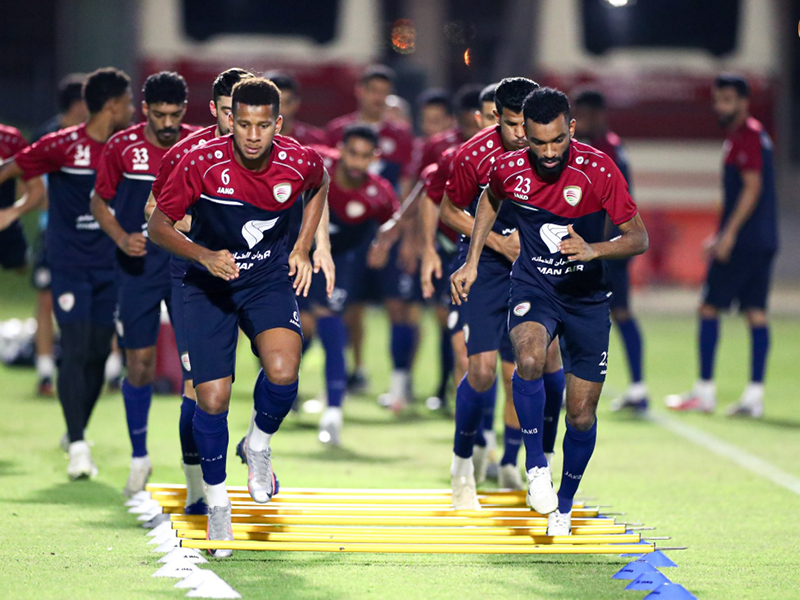 Branko Ivankovic’s Red Warriors will be looking nothing less than a victory on Tuesday when they meet Bangladesh in a Group E second round joint 2022 FIFA World Cup and 2023 Asian Cup Qualifiers. The match kicks off at  the Jassim bin Hamad Stadium in Doha, Qatar, at 9.10pm (Oman time).

Oman are high on confidence after their recent performances in Doha, where the Group E matches are being played as part of a bio-secure bubble.

Oman, who are presently second in the group with 15 points, are favourites to get past their rivals, who are at the bottom with just two points.

Hosts and Asian Cup champions Qatar were confirmed as group toppers on June 7 after a narrow 1-0 win over Oman, a match that was marred by poor refereeing decisions.  But, Oman bounced back after the loss and secured their second spot in the group after a 2-1 win over Afghanistan on June 11.

India and Afghanistan, have six and five points each respectively and will battle out for a third-place finish, also on Tuesday.

The win against Afghanistan took Oman closer to a spot in the final round of the Asian Qualifiers for the FIFA World Cup 2022. Success on Tuesday will give them three points, which will be enough for Oman to qualify for the final round as one of the five best runners-up teams among eight groups. Oman have so far five wins from seven games. Both the defeats came at the hands of Qatar.

Following their loss to Qatar, Oman players regrouped and put up a fighting display in their game against Afghanistan with attacking midfielder Abdullah Fawaz’s double-strike giving Oman a deserving win.

Ivankovic’s Red Warriors have so far showcased a compact display on the pitch and the team has gelled well in Doha.

The performances against both Qatar and Afghanistan have been encouraging with the Croatian manager relying on his young players to deliver.

And the victory against Afghanistan has boosted the players’ morale with the confidence high  ahead of their final group game as the Red Warriors aim to conclude their second round in style.

Bangladesh will be aiming to bounce back from their 0-2 defeat to India as they too bid to end their campaign with an improved display against a strong Oman team.

Speaking after his men defeated Afghanistan on Friday, Ivankovic said, “The players deserve this win, which has brought joy to all of us and the people back home.”

On the eve of the Bangladesh clash, he said, “We would like to conclude our campaign on a winning note and my players are looking for nothing less than picking up the three points.”

The coach thanked and praised Qatar for hosting the qualifiers in a professional and safe manner.

Ivankovic hinted that he may opt for changes in the squad for Tuesday’s match.

Addressing a press meet on Monday, Mohsin Jawhar, Oman’s midfielder, said that ‘they respected Bangladesh as a rival.’ He added, “We will go for an all-out attacking game and are confident of a big win.”

India, meanwhile, only need to avoid defeat to confirm third spot with the South Asian side on six points, just one ahead of Afghanistan.

India resumed their Asian qualifying campaign with a 0-1 defeat to Qatar but the Blue Tigers bounced back three days later when they defeated Bangladesh 2-0 with captain Sunil Chhetri scoring a brace in the second half.

Head coach Igor Stimac of Croatia will be counting on that momentum to carry India past Afghanistan, with the teams having settled for a 1-1 draw when they met in November 2019.