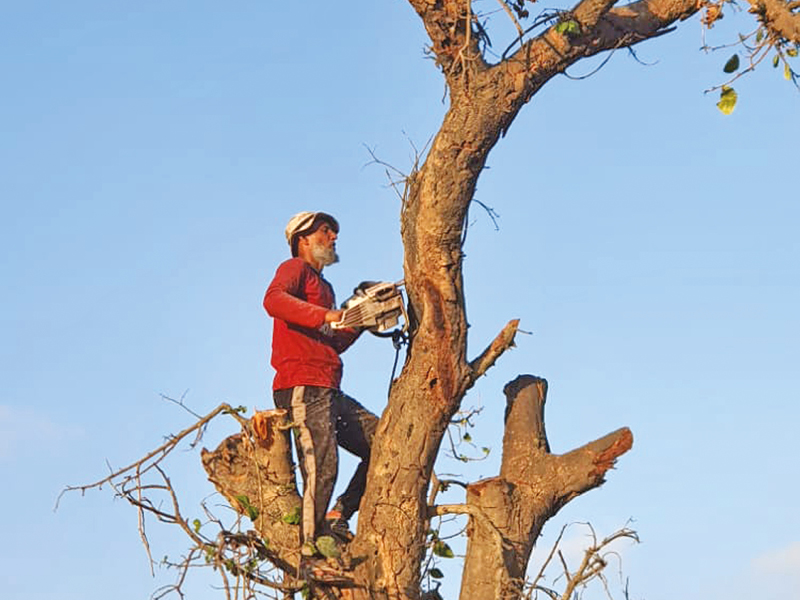 In efforts to reduce the risks of desertification and spread the culture of community work, Iteen Voluntary Team launched a campaign to combat stem borer larvae in the wilayat of Salalah in Dhofar governorate.

Speaking to Muscat Daily, Salim Ali al Kathiri, a member of the group, informed that the campaign was undertaken recently. “We sprayed pesticides on trees to get rid of these larvae in villages of Salalah.”

The stem borer larvae hatch out of eggs laid by certain types of beetles and moths. According to Kathiri, the larvae attack wild fig trees in the wilayat.

“The initiative required effort and money, but with the help of the people, we managed to do the job. We cleaned the trees and cut down the damaged parts,” he said, adding that children, too, participated in the work by helping uproot pestilent weeds.

“This kind of exercise needs support from government and private agencies. Considering the wide-scale damage caused by stem borers, it’s not possible to conduct such work just with the team’s involvement.”

However, there was criticism for cutting down infested branches. “We consulted specialists in the concerned authorities, and they all confirmed that branches and stems which are infected have no use and have to be cut off,” Kathiri said.

Team members are committed to personal safety while conducting voluntary work. During its campaign to combat stem borers, team members wore gloves and masks, besides ensuring physical distancing to prevent the spread of COVID-19.

“We will continue to work in areas such as Iteen Plain and Ain Garziz and call on all responsible parties to cooperate and join forces to preserve and protect our precious environment,” Kathiri said.