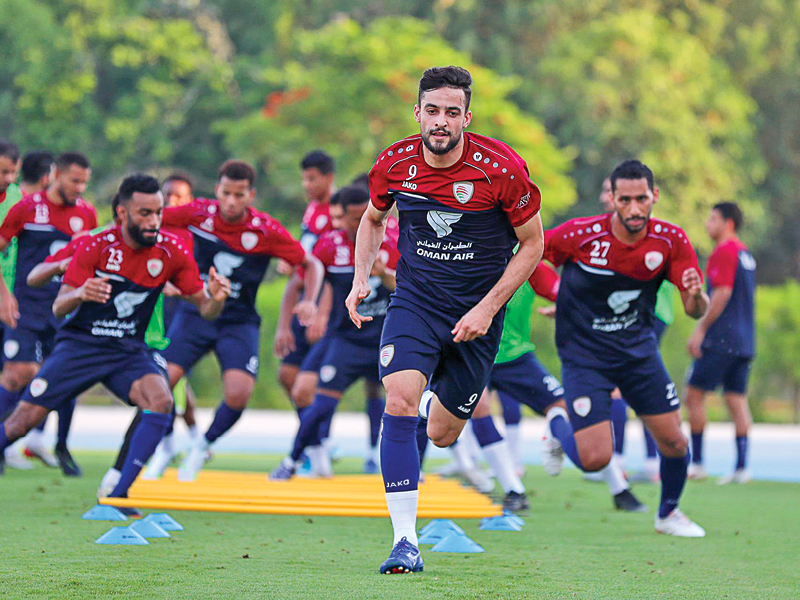 National team coach Branko Ivankovic on Monday announced a 29-member Oman squad for the final camp in Doha, Qatar, ahead of the joint 2022 FIFA World Cup and 2023 Asian Cup qualifiers.

The 29 players will arrive in Doha, Qatar on Tuesday for a five-day camp before Oman competes in the Group E of the second round of the qualifiers, starting on June 7.

There were hardly any surprises in the list of Red Warriors announced by coach Ivankovic on Monday.

There was no comeback for Oman’s former captain Ahmed Mubarak ‘Kano’, who was earlier left out for both the external training camps in Dubai, UAE, in April and May. An experienced midfielder,  Kano is Oman’s most-capped international footballer with 180 caps and currently plays for Qatar’s Al Markhiya Club.

Talented striker Al Monther al Alawi’s recovery is complete and was back in the squad. He will be a key player along with the experienced 32 year old forward, Abdulaziz al Miqbali, in the attack along with Mohsin al Ghassani and Khalid al Hajri.

Ivankovic’s squad comprises 14 players who are aged 25 and below with Miqbali, Faiz al  Rusehidi and Mohsin Jawhar among the seniors, all aged 32.

Oman will be led by goalkeeper Rusheidi, who was also the captain in the recent two wins during the international friendlies against Thailand and Indonesia respectively in Dubai.

During the recently-concluded camp in Dubai, Oman had recorded a 1-0 win over Thailand in the first of the two friendlies with Abdulaziz al Miqbali finding the net.

In the second friendly, Oman defeated Indonesia 3-1 with Khalid al Hajri notching a brace and Mohsin al Ghassani scoring the other goal.

Both Thailand and Indonesia are ranked much below Oman in the latest FIFA rankings with Ivankovic’s men placed 80th. Thailand is ranked 106 while Indonesia is placed at 173rd spot.

The second round of the qualifiers returns after more than 18 months of inactivity due to the COVID-19 pandemic, with Group E games to resume on June 3 with India taking on Qatar and Bangladesh facing Afghanistan.

The battle for top spot in the group appears to be between Qatar and Oman while Afghanistan, India and Bangla-desh will fight it out for the automatic places in the third round of qualifying for the Asian Cup.

With Qatar qualifying automatically for the FIFA World Cup as tournament hosts, their involvement revolves largely on securing their berth at the Asian Cup as they look to defend the title they won in the UAE in 2019.

Should Qatar win the group, the runners-up will be in a fight with the other second-placed teams across the eight groups in the second round hoping to have a good enough record to advance to the next phase of World Cup qualifying. With seven group winners advancing to the third round, five of the best second-placed finishers would join them in going through. It will be a major test for

Croatian Ivankovic, whose Red Warriors are already in a strong position to claim one of the runner-up spots, with 12 points and games against Qatar, Afghanistan and Bangladesh remaining.

Oman take on Qatar on June 7 and then meet Afghanistan on June 11 before rounding off the second-round campaign on June 15 with a match against Bangladesh.

Due to travel restrictions because of COVID-19 pandemic, the Group E matches will be played in a bubble at one venue in Qatar.

It will also be a chance for Qatar to test their preparations for the hosting of next year’s FIFA World Cup as work continues on completing the venues and the related infrastructure for next November’s tournament.

All the Group E matches will be played out at a site not being used for the FIFA World Cup – the Jassim Bin Hamad Stadium in the Al Sadd district of the city.

The venue is situated close to the Khalifa International Stadium, which will host matches during the World Cup.

Jassim Bin Hamad Stadium was used as one of the venues when Qatar hosted the AFC Asian Cup finals in 2011 and was also a venue during the 2016 AFC U23 Championship.

With a capacity of 13,000, the Jassim Bin Hamad Stadium boasts an early example of the cooling technology which is being installed in all of the venues used for the World Cup.