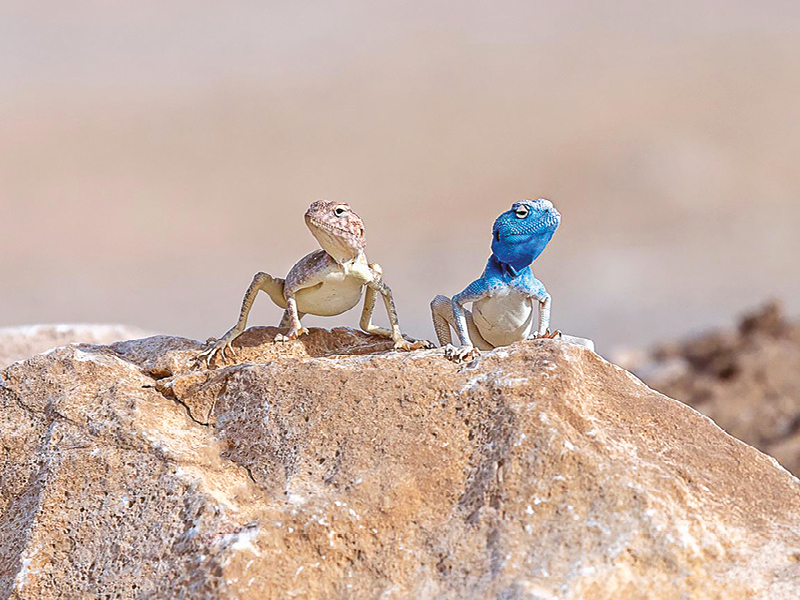 Getting close to wildlife, quite literally, is what photographer Khalid Abdullah al Hadrami excels in. In return, he produces stunning images of wild creatures showing their true beauty in mesmerising perspectives.

Hadrami, who hails from the wilayat of Manah, documents wildlife to encourage people to appreciate it and increase awareness on environmental protection in the sultanate.

Hadrami also photographs the lives of people in the backdrop of nature in different parts of the sultanate to promote Omani tourism. He believes that his photographs lead people to contemplate the beauty of creatures, which could seem small to our eyes but come alive very large in their details.

Hadrami said, “I loved photography since childhood but took it up actively only in 2013. I joined the Photographic Society of Oman in 2015. As a photographer, my goal is not limited to taking beautiful photographs of places and gaining the admiration of followers on social media. My objective is to show people the wonderful places in Oman, safeguard them and popularise domestic tourism.”

He said he acquired the first professional camera in 2013.

“Soon I fell in love with close-up (macro) photography, because I was amazed at what I saw – the miracles of God in his creatures. I was able to benefit from the experiences of my friends and learn from the photographs they took, in addition to pictures of the Gulf and international photographers.”

Hadrami said a photographic image has a strong role, importance and impact, and it addresses every connoisseur of photography in particular and the people in general.

“You need to acquire certain skills that give the image strength and clarity. You have to feel the shot, know the angle and the right moment to capture. Also important is developing creative aspects in work.”

He said he has participated in several exhibitions and competitions, most notably the ones on wild and marine life organised by the Photographic Society and the Omani Society for Photography.

“My advice to novice photographers is that they should always be aware of everything new in the world of photography and refer to people with expertise.”

You can see his photos via instagram.com/khalid.Alhadrami.