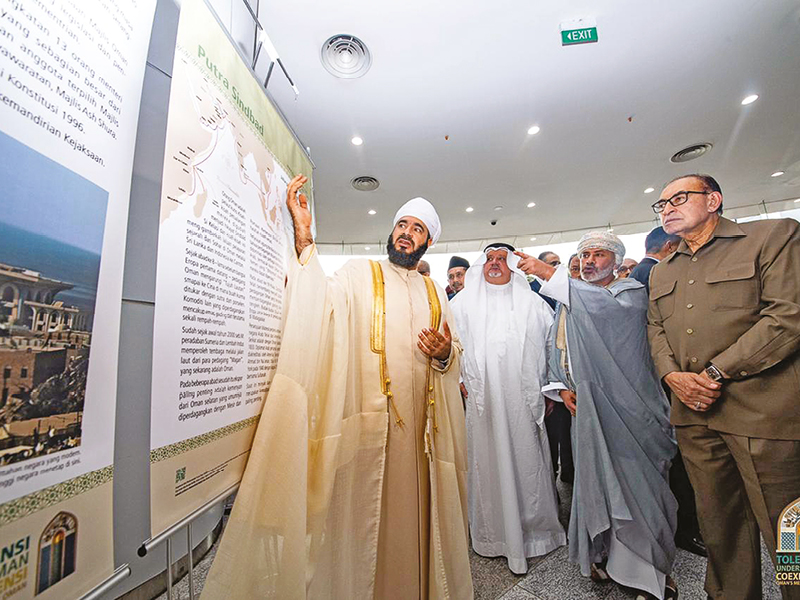 Oman’s role in spreading the message of peace and respect for human beings taken to the world through a unique exhibition that has travelled to 135 cities is the focus of an Agence France-Presse (AFP) documentary titled Message of Peace from Oman.

The film turns the spotlight on the history and culture of Oman and examples of coexistence of its people with other nations, showcasing how the sultanate has been able to present a universal model of dialogue and harmony between religious groups and reject all forms of violence and extremism.

The documentary, broadcast on March 27, lays emphasis on the ‘Oman’s Message of Islam’ exhibition that has toured 135 cities familiarising people with the deep-rooted Islamic concepts of tolerance, coexistence and understanding.

The documentary features Dr Mohammed Said al Ma’amari, Undersecretary in the Ministry of Awqaf and Religious Affairs, Dr Richard J Schmierer, former US ambassador to Oman and current head of the Middle East Studies Centre in Washington, Prof Suzanne Stetkevych, chair of the Arab and Islamic Studies Department at Georgetown University in Washington DC, and Dr Michael Harrower, associate professor of archaeology in the Department of Near Eastern Studies, University of Maryland.

The documentary highlights the sultanate’s role in spreading the culture of dialogue and rapprochement among countries of the world. The specialists featured in it are sought after by news agencies and international television channels for their insightful views.

Message of Peace from Oman underscores Oman’s contribution to human civilisation by advocating peace and respect for human beings – their culture and beliefs – at all times and places.

The landmark exposition ‘Oman’s Message of Islam’ takes these values to the people of the world and has been well received, reflecting the success of Omani diplomacy and the country’s efforts in the global arena.

The exposition has active coordination of various international organisations, including UNESCO and several centres interested in religious studies, in extolling the values of moderation, and the call for peace and coexistence among people belonging to different cultures and religions.