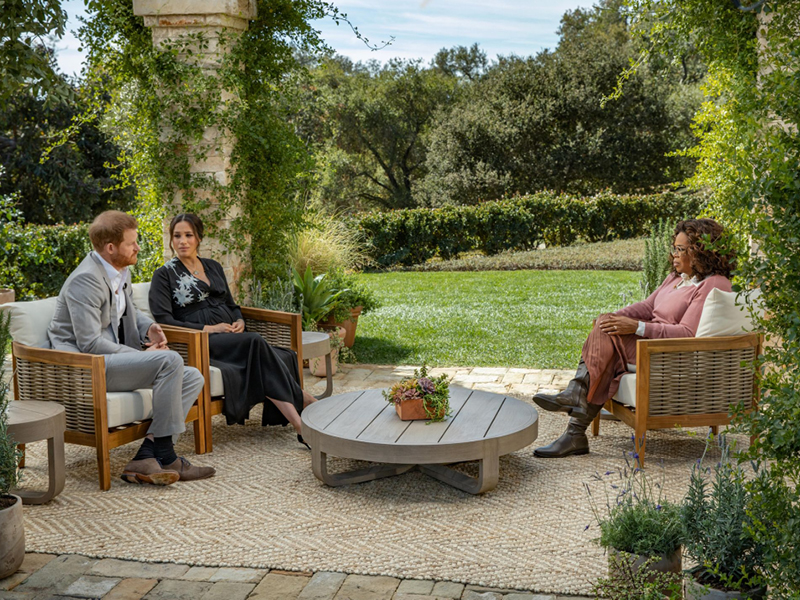 Are you looking for the perfect pair of glasses to suit your shape? Whether you have a round, oval or square-shaped face, there will always be one particular shape of frame for your glasses that suits you best. You need to zero in on that.

Last week, Swiss spectacles manufacturer Gotti said they had been inundated with demand for the oversized glasses worn by Oprah Winfrey for her TV interview with Britain’s Prince Harry and his wife Meghan. The small Zurich-based brand, which makes high-end frames, disclosed that they were a little surprised by the surge in interest following the US talk show queen’s bombshell sit-down with the Duke and Duchess of Sussex.

Watched by at least 50mn people in the United States, Britain and around the world, the interview saw the couple reveal much about allegations against Harry’s family, the inner workings of the British monarchy and the UK tabloid press. However, the glasses worn by Winfrey also caught the eyes of viewers gripped by the dramatic interview.

Based in Wadenswil, a small tree-lined town on the shores of Lake Zurich, the brand was founded in 1993 by Sven Gotti. It produces frames in small quantities, with around 10,000 pairs manufactured per month, which are then sold by independent opticians. But the ‘OR02’ frames worn by Winfrey were designed by Gotti himself especially for the US television legend after meeting her via his favourite opticians in Washington.

Winfrey — who owns an impressive collection of glasses — likes them “for their lightness”, despite their size, said Gotti. The 67-year-old media mogul has since ordered around 20 pairs. However, ever since this interview, the brand has been overwhelmed by requests from opticians after customers have come into their shops – especially in the US and Britain – to find out where they can get their hands on Winfrey’s eyewear.

It is said, round glasses came onto the scene way back in the 1920s and were once the most popular frame shape for decades. Worn by legends and popular stars over the years, the popularity of round glasses has all through been fanned by them and copied by fashionistas and those who crave to copy the styles of the icons in their lives.

Worn by the likes of British singer John Lenon, the character of Harry Potter, American fashion icon Iris Apfel, American buisness magnate Steve Jobs and English rock star Ozzy Osbourne, round glasses have always been in style as they are either statement-makers or style-enhancers.

Round metallic wire-frame glasses add intellectual charm while a pair of boldly-coloured oversized round glasses will make you stand out from the crowd in any event. However, due to their curved nature, round glasses look best on faces with sharp, angular features. Since the circular shape of the frame helps balance any sharp angles and prominent jawlines, it is considered ideal for square, triangular and heart shaped faces.

Before deciding on which frame of glasses or sunglasses suit you best, it is important to first identify your own facial features. There are 5 main categories of face shapes – square, round, heart, traingular and oval. No face perfectly falls in these categories and could be a combination of these. However, they can have striking characteristics like rounded chin, tall foreheads, angular features and tapered jaws. Once you’ve recognised your face shape, you can find which frame shape will bring a natural balance to your face.

Take a look at your jawline in the mirror. Is your jawline more curved or is it leaning towards the more angular side of things? Find out if it is rounded, squarish or triangular.

Square faces often have bold, angular features and cut a clean, straight line from the forehead to the jaw. Rounded and thinner frames that are slightly wider on the side will have a harmonious and natural look on square faces.

Round faces have smooth lines and are roughly the same width from the jaw up through to the brow. Hence, when choosing frames for rounded faces, one must look for those which add angles. Rectangular frames make your face appear longer and thinner.

Heart-shaped faces are widest at the brow, narrowing down through to the chin with high cheekbones. This is typically thought of as the most versatile of all the face shapes. They look great in winged-out frames that jut out slightly wider than their forehead.

People with oval faces are suited for most frame shapes. With a narrower forehead and slightly narrow chin, oval is the most universal face shape. A frame that is as wide as the widest part of your face (the area around the eyes) – square, rectangular or geometric shapes – is best suited for oval faces.