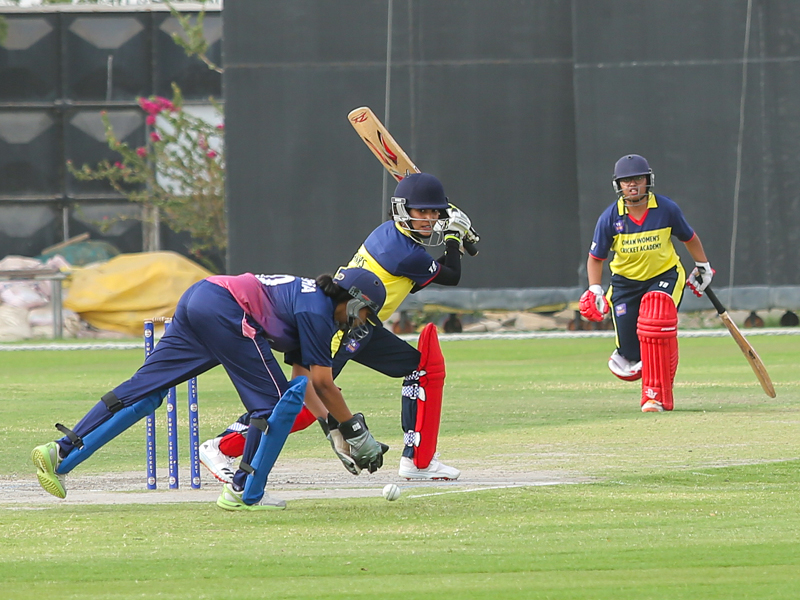 Batting first, OWCA, who were making their debut in the league, scored 113 for four with Nayan top-scoring with 62. Afida contributed 19. Payal Kanojia claimed two wickets.

ISC Women, which reached the final without losing a game, were then restricted it to 102 for four, despite Priyanka Mendonca’s unbeaten 50 off 60 and Trupti Pawde’s 38-ball 35.  Saya, Shreya and Afida claimed a wicket each.

Nayan’s knock in the final helped her emerge as the tournament’s top scorer with 237 runs from six matches. Payal and Shreya were the joint highest wicket-takers with 13 each.

Speaking after the title win, OWCA captain Vaishali Jesrani said, “It feels amazing to beat the defending champions. We were making our debut this season and nobody expected us to reach the final, let alone winning it. All my girls are talented and deserve full credit.”
Vaishali added, “I would also like to express my thanks to our coaches – Desmond Berhardt, Nilesh Parmar and Haider Ali – for guiding us.”

About the final match, Vaishali said, “Discipline was key to winning the final. Our girls  believed in themselves and fought hard when it mattered the most.”

Following the conclusion of the league, individual awards were also presented.  Asma’a AlMaraghi, managing director of TM! DONE, Oman  women’s cricket team sponsor, was the guest of honour and presented the awards and the trophy in the presence of Madhu Jesrani, OC secretary and Duleep Mendis, OC chief development officer.

PSM’s Fiza Javed was named the best batswoman while Payal Kanojia was adjudged the best bowler. Priyanka Mendonca was declared the best allrounder while Muscat Women’s Amanda D’Costa got a consolation award in batting.