His Majesty’s Cup Football Championship: Dhofar vs Suwaiq in final 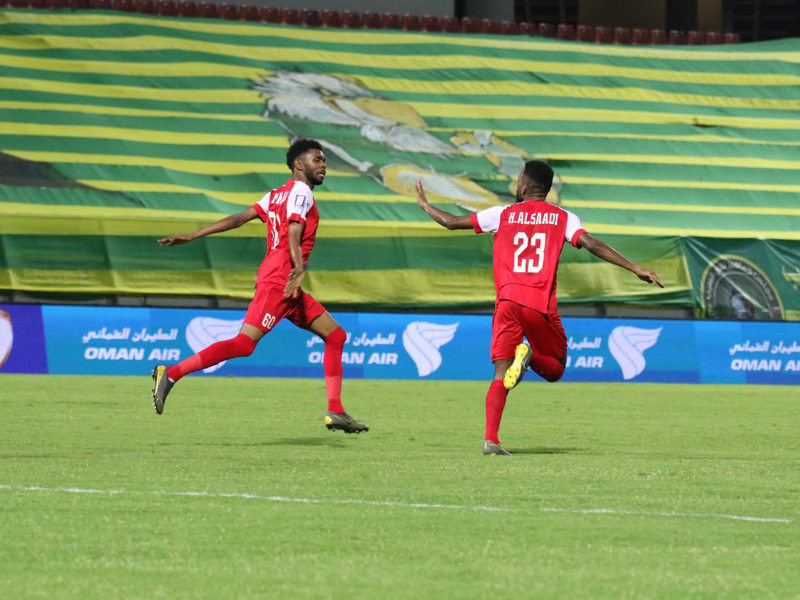 Holders Dhofar inched closer to a historic tenth title as the Salalah giants booked their place in the final of the 2020-21 His Majesty’s Cup Football Championship at the Al Saada Sports Complex in Salalah on Tuesday.

In the summit clash, to be played at the Sultan Qaboos Sports Complex on March 7, the holders will meet three-time winners Al Suwaiq, who bounced back from their first-leg 1-2 loss to overcome Al Ittihad 2-0 in the second-leg at the Al Rustaq Sports Complex and advance into the final with an aggregate score of 3-2.

The final between Salalah and Batinah regions’ heavyweights will be a repeat of the 2016-17 HM’s Cup season when Suwaiq claimed their third crown with a 2-0 win over Dhofar.

Playing against the Omantel League champions Seeb in the second-leg of the semifinals of the coveted tournament, Dhofar won 2-1 to book a spot in the final  after the first-leg game at the Seeb Sports Complex had ended in a goalless draw.
Both Seeb and Dhofar occupy the top-two places in the ongoing 2020-21 Omantel League with Seeb leading the table after ten rounds with 22 points to Dhofar’s 20.

Dhofar’s victory against Seeb meant the HM’s Cup reigning champions are unbeaten this season in both the tournaments [HM’s Cup and Omantel League] with Dhofar recording 12 wins and three draws in the 15 games they have played so far.

Dhofar will now look forward to write a glorious chapter in the HM’s Cup history as they chase a record tenth title. The Salalah club currently shares the record of nine crowns with Fanja.

Dhofar had drawn level with Fanja’s record of nine titles last year when they edged past Al Arouba in the final on November 29, 2020.

A peek into HM’s Cup history, which was first held in 1972, shows that holders have entered the final of the prestigious championship 13 times including the latest feat. The first time Dhofar reached the final was way back in 1977 when they went on to win their maiden title.

And the last time Dhofar were unsuccessful in the final was in 2009-10 season when they lost to Saham in a thrilling penalty shootout.

On Tuesday night, it was Seeb, coached by Portuguese Bruno Periera, which impressed in the initial part of the match and had a golden chance to go ahead soon after the kickoff as Zahr al Aghbari failed to connect a cross with Dhofar goalkeeper Faiz al Rusheidi out of position in the fifth minute.

But Seeb’s relentless efforts paid off as they got a crucial away goal in the 20th minute as Faisal al Harthy’s header off a free-kick by Ali Suleiman al Busaidi beat Rusheidi with the ball landing in the far corner of the net. The goal galvanised Seeb and they almost increased the margin but for their striker, Abdulaziz al Miqbali, whose header was saved by Rusheidi 15 minutes later.

Seeb led 1-0 at the interval with Dhofar needing to score two goals to advance in the remaining session. Seeb could have taken the match beyond the hosts’ control soon after resumption but, once again, Aghbari’s feeble push was cleared by a Dhofari defender with Rusheidi beaten.

A minute later, Dhofar had the first real attempt on the rival goal as striker Khalid al Hajri was left unmarked but his header was misdirected to the relief of Seeb Dhofar players were in the ascendancy and created more opportunities and reaped the reward when they had the equaliser in the 67th minute. Harib al Saadi volleyed home a pile-driver from the top of the box leaving the Seeb custodian Ahmed al Rawahi with no chance.

The goal spurred the hosts  and Dhofar’s domination continued. It was only a matter of time before Seeb’s fortress would fall again. A counter attack led to a corner kick and with a Seeb defender failing to clear the ball out of the danger zone,

Dhofar substitute, Raeed Ibrahim, pounced on the ball and shot a powerful volley to the far corner of the net to spark celebrations on the Dhofar bench with six minutes to go for the final whistle.

Seeb’s attempts for a equaliser, which would have enough to give them a win, went in vain as Dhofar defenders held firm.

In the second semifinal at the Al Rustaq Sports Complex, three-time winners Al Suwaiq came back from their first-leg defeat to defeat Al Ittihad.

Ittihad, who had won the first-leg in Salalah 2-1, found the advantage nullified soon after the kick-off on Tuesday.

A blunder by Ittihad goalkeeper saw Suwaiq’s Essam al Subhi race past him to shoot the goal into an empty net in the second minute of the match.

Suwaiq, coached by Iraq’s former national coach Hakeem Shaker, then held on to the lead till the interval. In the second session, Suwaiq got many chances but failed to capitalise. Just as the match looked to go into extra-time, came the  sucker-punch from Suwaiq.

It was a quick counter and Suwaiq’s Abd al Nofli sent a defence-splitting pass to Subhi, who darted into the box before unleashing a rasping shot for the team’s second goal in the 87th minute, which ultimately proved enough to set up a dream final against the holders.