A first in the world, meteorite found in Oman returned to Mars 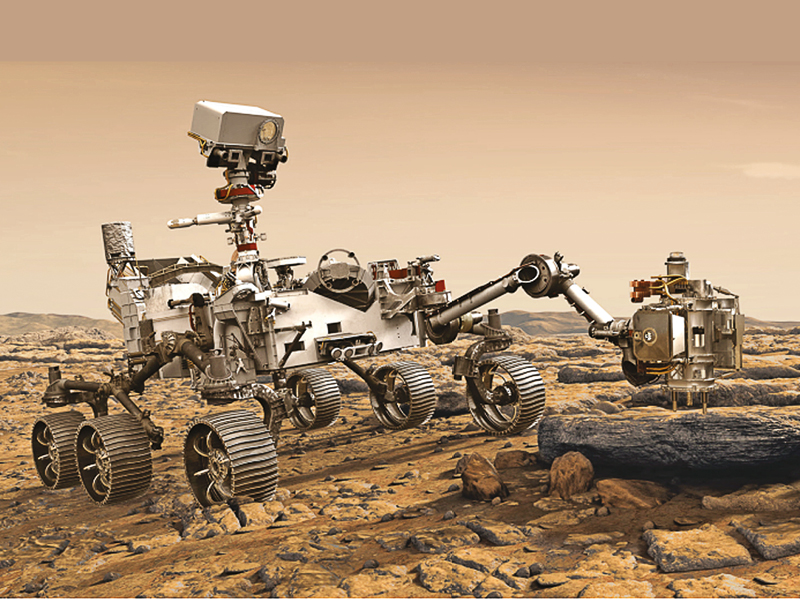 In a significant scientific development, a Martian meteorite documented as ‘Sayh al Uhaymir 008’, which was found in the wilayat of Haima, Al Wusta governorate, in 1999 has flown back to its original home. It was sent back aboard NASA’s Perseverance rover which safely landed on the Red Planet on February 18.

The meteorite is the first rock sent back by humans to Mars. There is no precedence of such a scientific endeavour and the effort is aimed at learning about the history of the Solar System and its components during various stages since the formation of the Sun and the planets around it. There is proof of meteorites presenting evidence of the geological structure of Mars, according to a press release. ‎

Weighing over 8kg, ‘Sayh al Uhaymir 008’ formed about 450mn years ago due to a cosmic event resulting from the collision of an asteroid or comet with Mars, parts of it flying into space and landing on Omani territory.

Through its Arabic language account @Arabic_Nasa, the US’ aeronautics and space administration tweeted that after detailed chemical examination in the Max Planck laboratory in Germany, researchers found evidence that Sayh al Uhaymir 008 originated in Mars rather than Earth. Following the finding, it was chosen to be carried back to Mars to be used as a calibration target.

The meteorite will be used by the Perseverance rover’s SHERLOC (Scanning Habitable Environments with Raman and Luminescence for Organics and Chemicals) instrument as test material for on-site calibration.

According to NASA, initially geologists did not plan to return the meteorite to Mars. ‘However, when work started to progress on the Mars ranger Perseverance, scientists suggested using a Martian meteorite found on Earth to be in the ranger. The idea was that this Martian meteorite will help in processing the images captured by the ranger in their true colours and textures, without being affected by any natural conditions.’

The meteorite found in Oman was preserved in the Natural History Museum of London, which includes diverse meteorites from around the world. Only 424 Martian meteorites found on Earth have been recorded.

Malik bin Mohammad al Dohani, a member of the Board of Directors of Oman Astronomical Society, said that meteorites are of great scientific importance.

These must be taken care of and studied in local universities by researchers and experts to contribute to international scientific efforts to understand and learn about the origin and history of the Solar System.

“Scientific research on these meteorites is important. This is in addition to using them for tourism by placing them in national museums to attract tourists. The Martian and lunar meteorites found in the sultanate are considered rare.”

“The research and study centres in Oman related to space should take keen interest in these meteorites.”