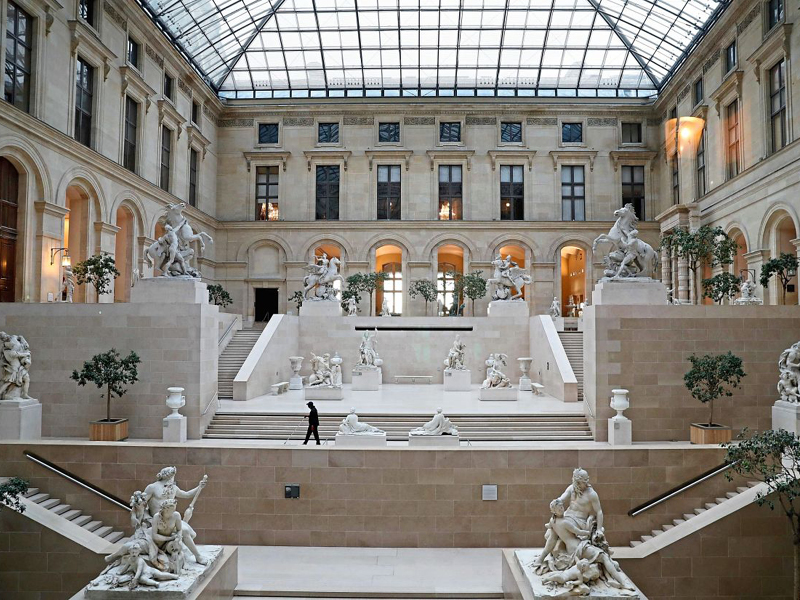 Take a guided tour of Elvis Presley’s home from your sofa or marvel at old masters’ paintings in The Met without visiting New York. Museums, forced to adapt by the pandemic, are now offering paid virtual tours, but the question remains – How big a source of income will they become?

Interactive walks, video games and podcasts are some of the numerous free innovations museums have launched to try to mitigate the effects of closures and a slump in visitors caused by coronavirus. But more and more institutions are now pushing paid options also.

Presley’s home Graceland in Memphis, Tennessee, has been offering two-hour-long guided tours for $100 per person since January. Some 300 people, the maximum capacity, signed up for each of the first two virtual tours in which they hear anecdotes about Presley, see objects he owned, and can ask questions about his life.

In December, Barbara Brown-Abolafia took her students from Bergen Community College in New Jersey on a virtual trip to the Metropolitan Museum of Art to see the exhibition ‘A New Look at Old Masters’.

Unlike at Graceland, an expert guide did not roam the room, with the Met saying it was constrained by health measures linked to COVID-19. “It was a slide-show format, so it felt more like a class,” recalled Brown-Abolafia.

The quality of the presentation and its interactive nature, with a live chat for questions, however, made up for it, according to the English teacher who grew up in New York and has visited the museum in person several times.

“Does it compare to being inside the Met? Of course not. But it was mentally stimulating,” she said. Before the virtual visit, Brown-Abolafia had explained the profile of her pupils to the expert.

“She accommodated us by not going over their heads, but not making it too simplified. In fact, it was so interesting that it went over an hour by about 20 minutes,” said Brown-Abolafia.

Paying for an experience

The Met began the tours in June. Between July and December the famous museum held 116 virtual tours, for over 2,800 adult visitors in total. They cost $300 per group of up to 40 adults, or $200 for a group of students.

The Met also hosted nearly 4,000 schoolchildren, including foreign students, via computer screens between July and December, with demand growing, according to the institution. Other New York museums, including the Guggenheim, the Frick Collection and the 9/11 Memorial, are also offering paid virtual tours.

The Louvre in Paris, the most visited museum in the world, has not offered the same but is considering it, a spokesperson said.

Video tours on services like Zoom and Teams are becoming commonplace during the pandemic, according to Michael Burns of Quatrefoil Associates, a firm that specialises in laying out exhibitions. “The idea that they can somehow have an experience that is more unique to them because it’s private, I think there’ll be people willing to pay for that,” he told AFP.

In an increasingly globalised world, where demand for culture continues to grow, the potential for paying to experience famous works remotely is substantial, experts say.

The Milan monastery housing Leonardo da Vinci’s The Last Supper has reopened its doors, bringing delight and solace to locals who for once can visit the masterpiece without booking weeks ahead.

Painted on the refectory wall of the Dominican monastery inside Santa Maria delle Grazie, The Last Supper attracted more than 445,000 visitors in 2019, lured to Milan for the 500th anniversary of the death of the great Renaissance painter and inventor.

“There are no more queues, silence prevails — optimal conditions to admire this extraordinary masterpiece and escape from the pandemic,” said Michela Palazzo, director of Cenavolo Vinciano Museum, which operates the site.