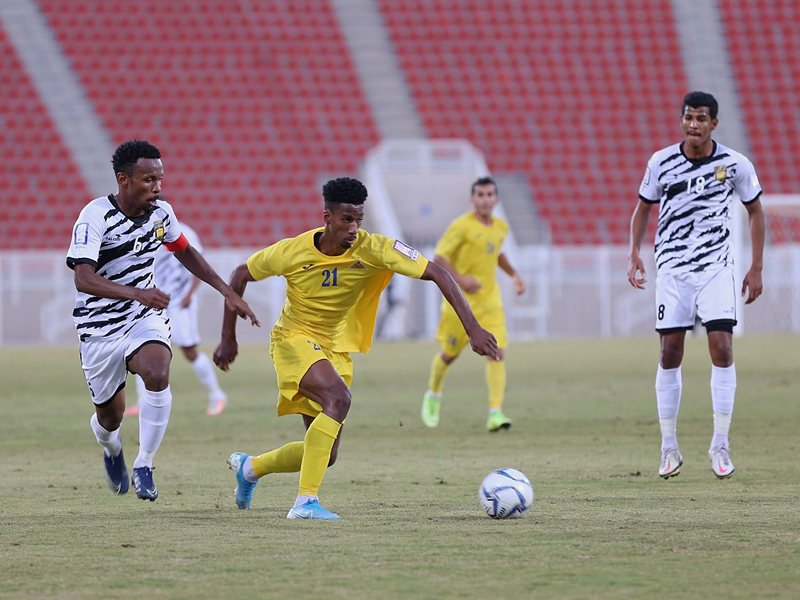 Unfancied Ibri Club sprung a surprise in the first-leg of the 2020-21 His Majesty’s Cup Football Championship quarterfinals with a narrow 1-0 win over three-time champion Al Suwaiq at the Ibri Sports Complex on Friday.

Also on Friday, three-time winners Seeb, who are looking for their first title since 1998, scraped past a gritty Saham by a similar scoreline to hold a slender advantage in the return-leg.

In an early match on Saturday, hosts Al Nahda secured a thrilling 2-1 win against Al Ittihad in their first-leg match at the Buraimi Sports Complex while in a late match, nine-time champions and holders Dhofar were to meet Al Mussanah at the Al Saada Sports Complex in Salalah.

But it was Ibri’s shock win over their much fancied rivals Suwaiq that stood out. Except for Ibri, all the remaining seven clubs feature in the current top-flight Omantel League.

Suwaiq, who last won the HM’s Cup in 2017, were expected to have an easy outing against the Oman Football Association (OFA) First Division League side at the Ibri complex.

However, it was Ibri that stunned the fancied rivals with less than 30 minutes of play as Yousuf al Ghafri exposed the rival defence to score a goal, which eventually turned out to be the only goal of the match.

Suwaiq will still be favourites to advance when they meet Ibri at the Rustaq Sports Complex in the return-leg on February 16.

Experienced Iraqi coach Hakeem Shaker is expected to be announced as the new coach of Suwaiq. On Friday, the team  played under interim coach Murad Azam after Salim Sultan quit as coach recently.

Shaker, a former Iraq national team coach, had previously coached Suwaiq and led them to HM’s Cup and domestic title in 2017 and 2018 respectively.

As the teams looked to share the spoils, Seeb got a breakthrough with eight minutes left for the final whistle as Salah al Yahyaei’s shot was turned into his own goal by Saham’s Abdulaziz al Shoumosi. The teams are expected to have another close fight in the return leg with Seeb holding a narrow advantage as they meet Saham at the Sohar Sports Complex on February 15.

On Saturday, experienced Mansoor al Nuaimi got the winner off a spot kick in the 83rd minute for Al Nahda after Ittihad took an early lead in the sixth minute through Moiz Awadh. Al Nahda got the equaliser when Ittihad’s Ali al Shehri put the ball into his own net. The return leg between Al Nahda and Al Ittihad will be held in Salalah on Feb 16.