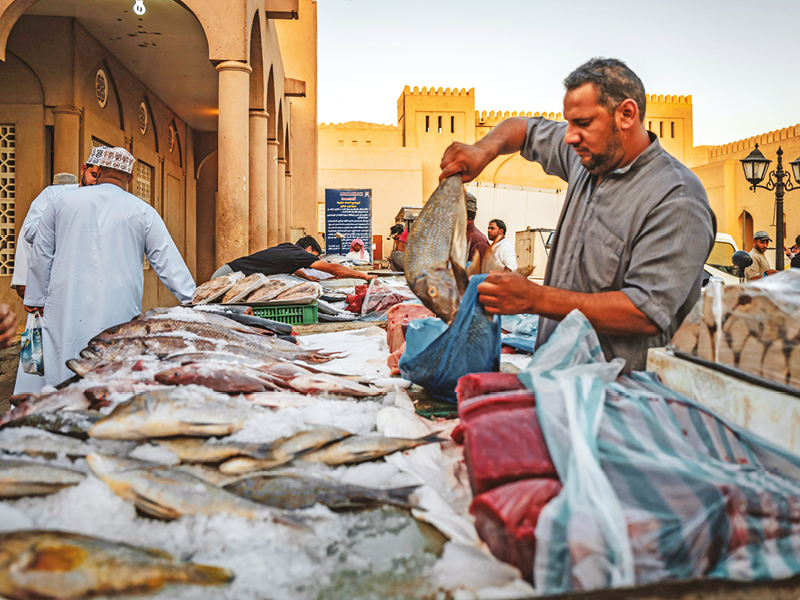 Oman’s total fish production during the first 11 months of 2020 contributed RO316mn to the sultanate’s gross domestic product (GDP), according to the Ministry of Agriculture, Fisheries and Water Resources.

The sultanate produced 705,000 tonnes of fish during the period from January to November – an increase of 39 per cent compared to the same period in 2019, the ministry said.

The National Centre for Statistics and Information (NCSI) said artisanal fishing accounted for 96 per cent of the sultanate’s total fish production in 2019.

The Ministry of Agriculture, Fisheries and Water Resources said it is planning to set up four fish collection centres in Al Wusta, South Sharqiyah and Dhofar governorates and a veterinary quarantine centre for livestock in Buraimi.

The ministry has called for tenders inviting Omani companies to bid for setting up the fish collection centres.

In December last year, the ministry signed an agreement with Towers International Group to establish and invest in a fish collection centre in Hitam in the wilayat of Duqm in Al Wusta.

The agreement aims to increase investment and development of fishery industries.