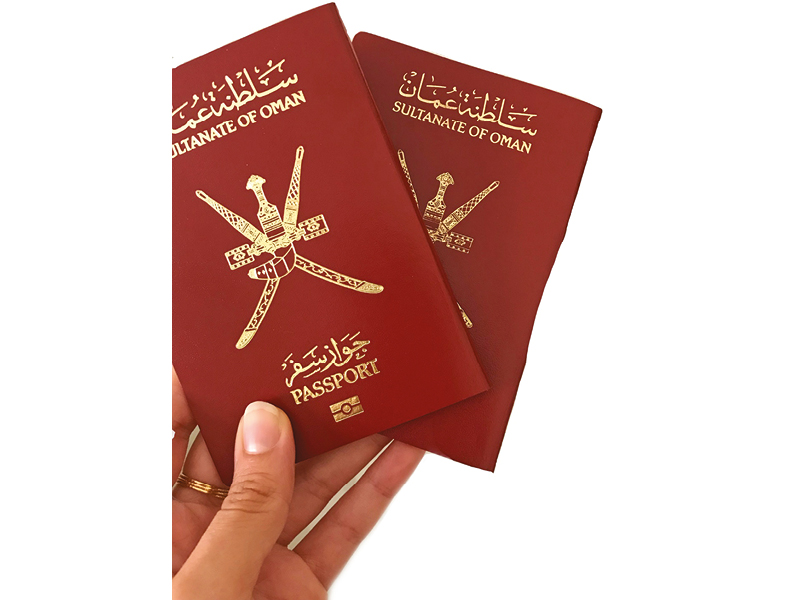 Oman’s passport is ranked 65th in the world, a fall of three places from 2020, according to the Henley Passport Index: Q1 2021 Global Ranking released on January 5. The sultanate however has improved its ranking on the index from 73rd in 2015 to the 65th currently.

As 2021 commences, the latest results from the Henley Passport Index – the ranking of all the world’s passports according to the number of destinations their holders can access without a prior visa – provide insights into the future of travel freedom in a world that has been transformed by the effects of the COVID-19 pandemic.

Without taking temporary restrictions into account, Japan continues to hold the No 1 position on the index, with passport holders able to access 191 destinations around the world visa-free. This marks the third consecutive year that Japan has held the top spot, either alone or jointly with Singapore.

Asia Pacific (APAC) region countries’ dominance of the index – which is based on exclusive data from the International Air Transport Association (IATA) – now seems firmly established, stated the report. Singapore sits in 2nd position, with access to 190 destinations, and South Korea holds onto 3rd place alongside Germany, with both having a visa-free/visa-on-arrival score of 189.

The ascendance of APAC countries in the Henley Passport Index rankings is a relatively new phenomenon. Over the index’s 16-year history, the top spots were traditionally held by EU countries, the UK, or the US.