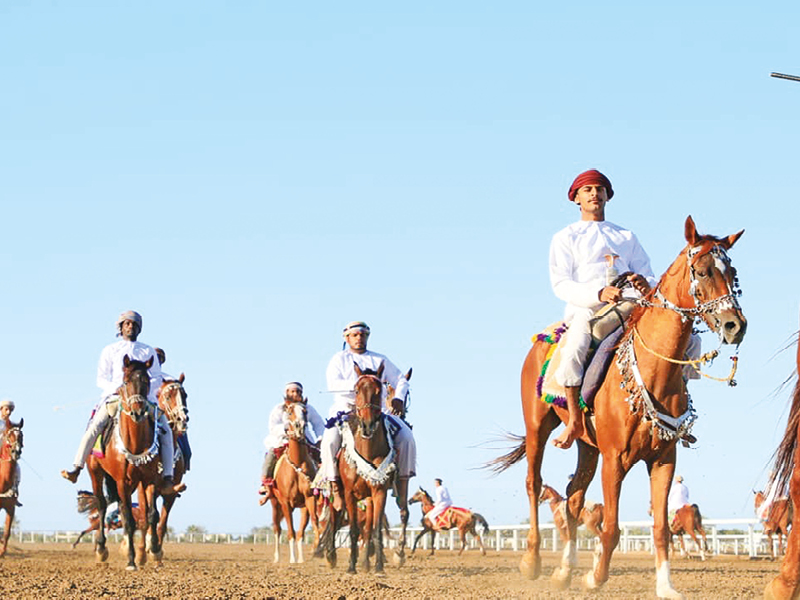 To promote and preserve traditional practices, a group of filmmakers have come together to make a documentary on the popular horse and camel ardha. Simply called Ardah, it was filmed in 18 months and will be released on the occasion of Oman’s 50th National Day next week.

“The documentary features more than 50 riders. The 56-minute film showcases the traditional events, which are social occasions in Omani society held during religious and national celebrations. Ardha involve both men and women with both sexes riding animals and are an integral part of the culture not just in rural, but also urban areas,” Darwashi said.

At ardha events, enthusiastic audiences gather around the racecourse to watch horse and camel riding shows which showcase Omani equestrian and camel riding skills. “Traditional arts such as recitation of poems also accompany the riding shows. Ardha usually start with daredevilry acts, such as riding horses in full gallop standing. Ardha has been added by the Unesco to its list of the Intangible Cultural Heritage of Humanity.”

Darwashi informed that filming was disrupted with the outbreak of the COVID-19 pandemic.