Over 1mn livestock imported in 7 months 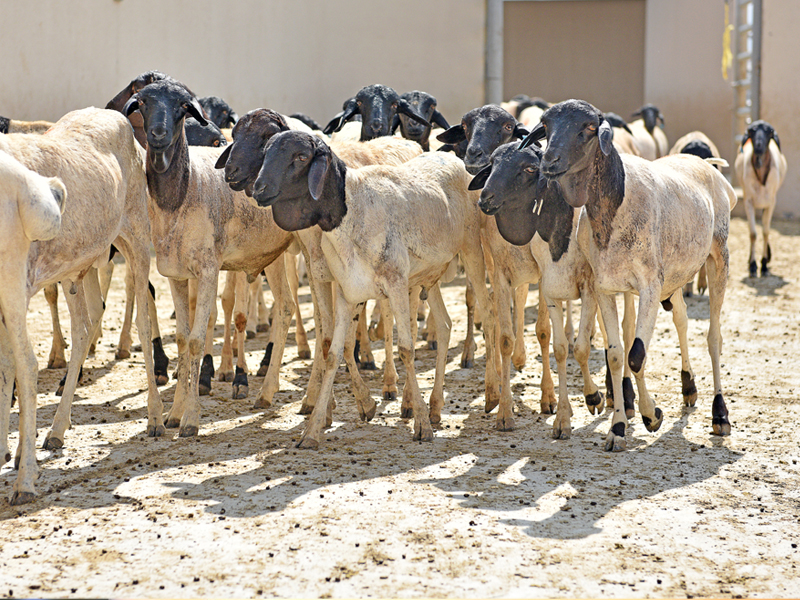 To ensure fresh-meat requirement of the sultanate, the Ministry of Agriculture and Fisheries and Water Resources (MoAFWR) imported more than 1.1mn heads of livestock in the first seven months of 2020.

The ministry stated that the total number of imported and exported livestock was over 1.3mn during the period from January 1 – July 3.

Oman imported sheep and cattle from different parts of the world, including Australia, Sudan, South Africa and Somalia, and in March alone, as many as 138,200 heads of sheep and 8,427 heads of cattle were cleared for entry at Oman’s ports and borders.

The ministry is making concerted efforts to provide the required quantities of livestock needed by the local market and maintain the supply chain of imported as well locally produced food commodities.

The Ministry of Agriculture and Fisheries and Water Resources (MoAFWR) confirmed that the number of animals that have been exported and imported has reached 1.3mn during the period from January 1 to the end of July.

The ministry stated that it has put strict measures for export of livestock. ‘Export of livestock is not allowed without approval of the ministry. Livestock exporters must obtain export permit three days prior to the date of export. The livestock should undergo three-day quarantine before being exported but that period may vary as per requirements applied by the importing country.’ The ministry urged all exporters to adhere to the terms to facilitate export procedures.