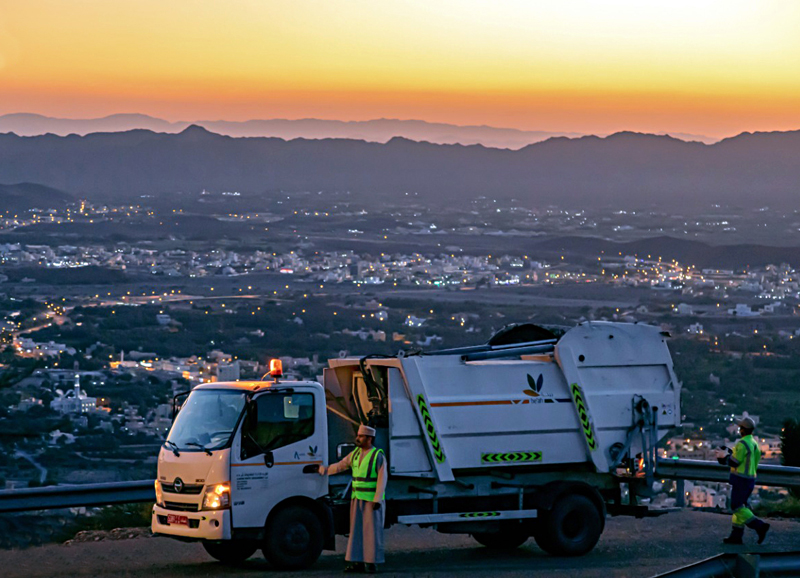 After over four years, Oman Environmental Services Holding Company (be’ah) has completed taking over the municipal waste management services from all the governorates in Oman. The last of the take over process in Muscat Governorate took place in the last six months, paving the way for provision of smooth and uninterrupted waste collection and disposal services.

Since August 2017, be’ah has been operating in parts of Muscat, when the wilayat of Seeb witnessed the first phase of transferring the waste sector to be’ah, and in July 2019, Muscat Municipality transferred the management of waste services in Al Amerat, as well. In October 2019, Muttrah operations were transferred, in March 2020, Quriyat, and finally Bausher in April 2020.

The company was assigned to take over the waste management sector by the Royal Decree (46/2009), and according to the consent between Muscat Municipality and be’ah, the municipality shall take care of the general cleaning operations in residential and commercial areas, whereas be’ah will transfer the waste – agricultural, solid, construction, dead animals and electrical residues.

Waste management infrastructure in Muscat includes an engineered landfill in Al Amerat and a waste transfer station in Bausher.

Fatma Ibrahim al Majainiyah, director of Strategies for municipal solid waste sector at be’ah, said that strategic plans were implementated during the period from 2012 to 2015, which aimed to restructure and privatise the sector and create the infrastructure to reduce the impacts resulting from the traditional practices of solid waste management.

Fatmah added that the completion of the transfer of the municipal waste management is now 100 per cent in all the governorates since the company began its first take over in South Sharqiyah in December 2015.