Three years of rain over four days in Dhofar 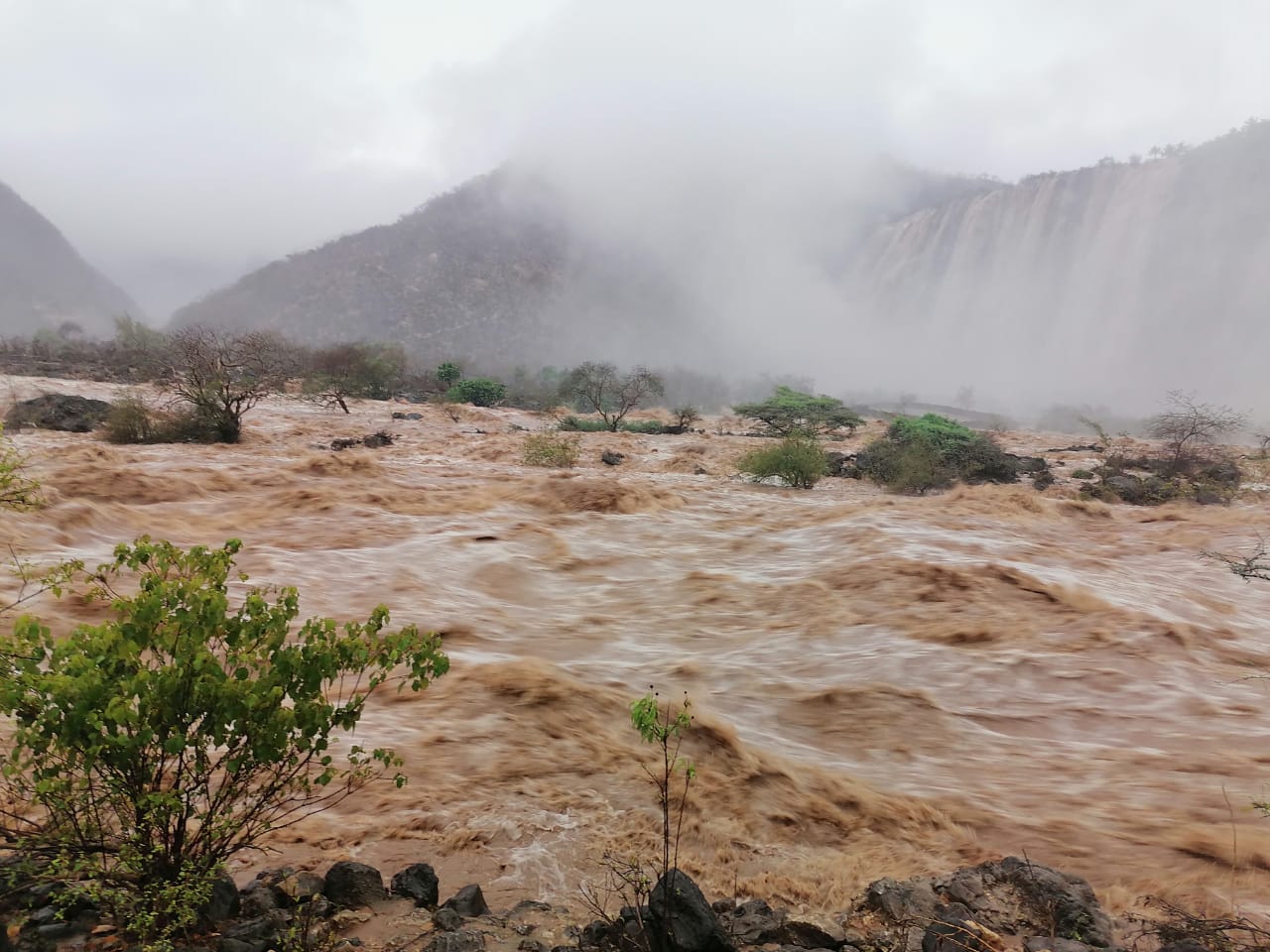 The tropical depression in Dhofar inundated the governorate with more rainfall than the Category-1 tropical cyclone Mekunu, the most destructive storm to hit the region in the last many years.

Accorind to a report by the Public Authority for Civil Aviation and the Directorate General of Meteorology (DGMET) on Tropical Cyclones in the Bay of Bengal and Arabian Sea in 2018, Dhofar gets an annual average of 83mm rainfall.

Considering Salalah typically receives about 131mm of rainfall in a year, the depression has brought close to three years of rain in just over four days.

The Salalah plains is a low-lying area surrounded by mountains and sea which make it vulnerable to flash flooding. However, the damage was limited during tropical cyclone Mekunu as well as this time.

The meteorological department ascribe this to the early warning given by the DGMET and the continuous flow of accurate guiding information to the decision makers and the civil defence.

Moreover, the improved infrastructure in the recent years, namely the flash flood protection dams, reduced the impact of flash flooding on the cities and towns in Dhofar. Sahalnoot Dam and Salalah Dam have protected the city from the scenario of the May 10, 2002, cyclonic storm, when a flash flood swept across the city, causing widespread damage.

According to Jason Nicholls, AccuWeather lead international meteorologist, “The depression over Dhofar will continue to produce rain, some heavy, over the area into Sunday. The system will spread some rain westwards across Yemen later on Sunday and into Wednesday.”

Nicholls also warned of another system developing in the Arabian Sea. “A low pressure will form near Lakshadweep over the next day or two. It will strengthen to a depression early next week and may become a cyclonic storm before impacting areas from Maharashtra and Gujarat, in India, to parts of Pakistan later next week. Oman looks to have a lower chance of its impact,” he said.