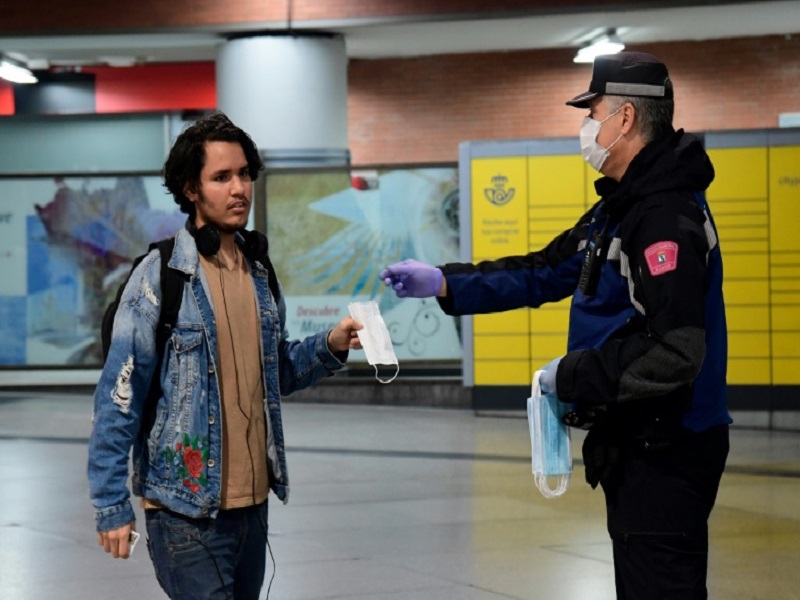 Madrid, Spain – Spain reopened parts of its coronavirus-stricken economy on Monday as slowing death tolls in some of the worst-hit countries boosted hopes the curve may be starting to flatten and lockdown restrictions could soon be eased.

Watched by a world that is keen to temper a brutal pandemic-induced recession, some Spanish factory and construction staff were set to return to work within strict safety guidelines.

However China, where the virus emerged late last year, recorded its highest number of infections in weeks — most of them imported cases — as warnings echoed that lifting restrictions too early could unleash a second wave of COVID-19.

French President Emmanuel Macron is set to warn the nation that its lockdown would stay in place for several more weeks at least, while outlining steps for recovery.

More than half of the planet’s population is staying home as part of efforts to stem the spread of the virus, which has now killed at least 114,000 people and infected over 1.8 million, overwhelming healthcare systems and crippling the world economy.

Yet there is cautious optimism the virus may have reached its peak.

Spain’s death toll fell again on Monday with 517 fatalities, plus the lowest daily figure of new confirmed infections since March 20.

France and the US also saw a drop in daily COVID-19 deaths, along with Italy which reported its lowest fatalities in three weeks.

But Spain’s Prime Minister Pedro Sanchez warned his country was “far from victory”, with the lockdown restrictions for the rest of the nation’s 47 million people remaining in place.

“We are all keen to go back out on the streets… but our desire is even greater to win the war and prevent a relapse,” he said.

Police in Madrid handed out face masks to commuters at a train station where life appeared to be creeping back to normal, as workers in protective gear wiped down turnstiles.

Many of the world’s more than two billion Christians celebrated Easter Sunday from the confines of their homes, while Pope Francis delivered a livestream message about an “Easter of solitude” from a hauntingly empty Vatican.

Governments in many countries continued to warn citizens to stay indoors on public holidays for Easter Monday as they grapple with a virus that has even infected national leaders.

In Britain, Prime Minister Boris Johnson was resting at his official country residence Chequers a day after being discharged following “a week in which the NHS has saved my life, no question”, referring to the country’s state-run National Health Service.

Britain’s death toll passed 10,000 and it is now seeing daily fatalities to match — and on one occasion exceed — those previously seen in Italy and Spain.

Johnson, like Trump, had initially resisted stringent measures such as shutting down public places.

In China, where authorities appeared to have the virus under control last week, officials reported 108 new symptomatic cases Monday, the highest number of confirmed infections in a single day in over a month.

Imported cases accounted for most of the total, the National Health Commission said, underscoring why the government has been so focused on preventing new outbreaks stemming from international arrivals.

China only recently lifted the lockdown on the city of Wuhan where the virus first emerged in December.