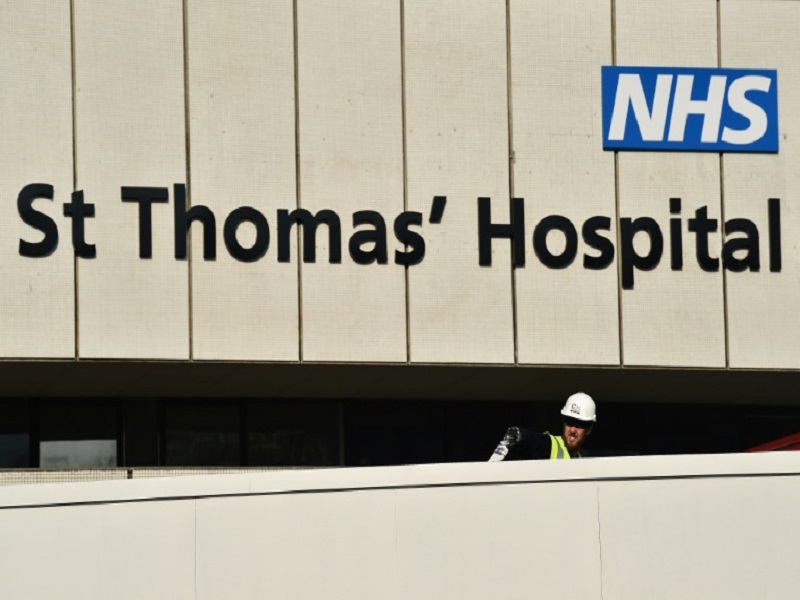 London, UK – Boris Johnson left hospital on Sunday to convalesce from coronavirus at Chequers, the country estate of British prime ministers, officials said, a week after he was admitted and then spent three days in intensive care.

Johnson said that “things could have gone either way” in his struggle against coronavirus in a video recorded after he left hospital.

“I hope they won’t mind if I mention in particular two nurses who stood by my bedside for 48 hours when things could have gone either way,” he said, as he praised his medical team at London’s St Thomas’ Hospital.

“We will defeat this coronavirus and defeat it together,” the 55-year-old leader said, seated and dressed in a suit and tie.

“Though the struggle is by no means over, we are now making progress in this incredible national battle.”

The leader will not be immediately returning to work, on the advice of his medical staff, a Downing Street spokesman said.

“The PM has been discharged from hospital to continue his recovery at Chequers,” he said.

“He wishes to thank everybody at St Thomas’ (Hospital) for the brilliant care he has received.

“All of his thoughts are with those affected by this illness.”

Johnson, who was admitted to the state-run central London hospital last Sunday and spent Monday to Thursday in its intensive care unit, had earlier voiced his gratitude to his carers there.

“I can’t thank them enough. I owe them my life,” he said in a first public statement since leaving intensive care.

The news of his continued improvement contrasted with the overall picture across Britain, as it braces to pass the grim milestone of 10,000 hospital deaths from COVID-19.

The country is now seeing daily death tolls to match those previously seen in Europe’s hardest-hit nations Italy and Spain, after recording nearly 1,000 fatalities on each of the last two days.

Despite hopes of hitting a peak, the actual figure may be far higher as the count does not include those who have died in care homes and the community.

However, the overall latest number of British hospital deaths — 9,875 — remains well short of the totals in Italy, Spain and the United States.