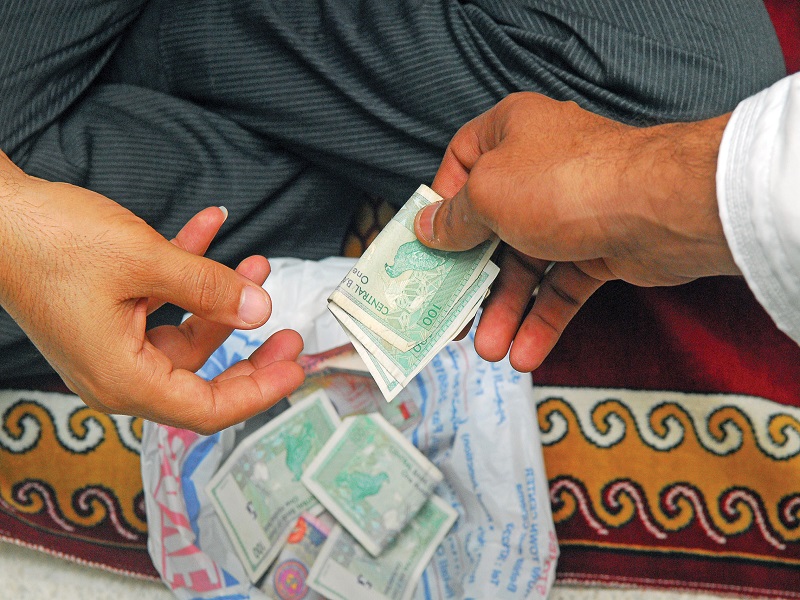 In a move to curb the menace of begging, the Ministry of Social Development (MoSD) is putting notices in public places to make people aware of it.

In a sticker pasted on a wall of a hospital in Ruwi, an MoSD notice read, ‘On a daily basis, we see an increase in the number of people begging. Such practices are a detriment to Omani society and has other negative impacts. Omani legislation criminalises begging and legal penalties will be imposed on those who do so. Begging is an indictable offence.’

It added, ‘Giving charity to beggars is an encouragement. You are kindly requested to advise them that their actions are against the law or report them to (1100) because this is everybody’s responsibility.’

Bhaskar K who visits hospitals in Ruwi for treatment, said, “Earlier, I used to see a person sit near the entrance of one of these hospitals with some medical reports lying on the floor. I had seen people donating money. But now, I don’t see anyone asking for money. Maybe, it’s because of notice pasted near the entrance. I think even the hospital management might have a role to play in ensuring that no person is allowed to sit there and ask for money.”

Avinash P, a private sector employee, said, “I and my family were visiting a restaurant on Rex Road for dinner. Suddenly, one person appeared from nowhere luring my five year old son with toys. He desperately pleaded that I should buy some of the toys.

Amitabh Singh, a resident of Darsait, had another harrowing tale to narrate. “After shopping at a hypermarket in Darsait, I was loading my stuff in the boot of my car. This person who looked like an Asian approached and said, ‘My mother is not well back home. I need money for her treatment. Can you lend me RO5?’ He showed me some medical papers which looked fake. When I said no, he gave me a menacing look. I just left the spot immediately.”

An official from the ministry said, “We are putting up these posters across all places of Oman to stop this practice. Begging and giving alms, both are not acceptable. We are doing everything we can to stop it. We have put these posters in hospital premises, mosques and markets.”