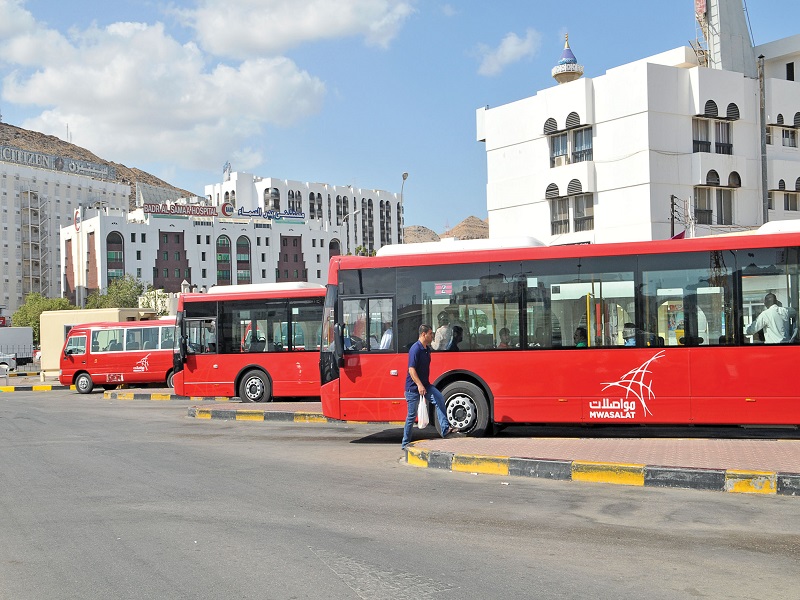 Mwasalat’s bus service saw a 57 per cent growth in 2019, where the number of transported passengers increased from 5.9mn in 2018 to 9.2mn last year.

With over 25,000 passengers daily, the government-owned company transported 8,687,159 passengers within cities in the sultanate, and 528,980 across cities.

Mwasalat has 33 routes for its bus service, which includes 14 routes within the Muscat governorate, two in Salalah and two in Sohar, making it a total of 18 routes within cities. It also has 15 routes to various governorates in the sultanate.

The ferry service has regular trips on the following routes: Shinas-Khasab, Shannah-Masirah, Khasab-Lima, Shinas-Dibba, Lima-Shinas, Lima-Dibba, Al Halaniyat Islands–Taqah. There is also an integrated service between the bus and ferry services that links the Musandam governorate and Masirah Island to each other.

According to Mwasalat, the high demand for bus and ferry services is a clear indicator of the Omani public’s awareness and interest in public transport services.

The company attributed this to both their marketing efforts and their efforts in developing the efficiency of all services provided. The public transport company holds a firm belief that its success is dependent on its customers’ satisfaction.