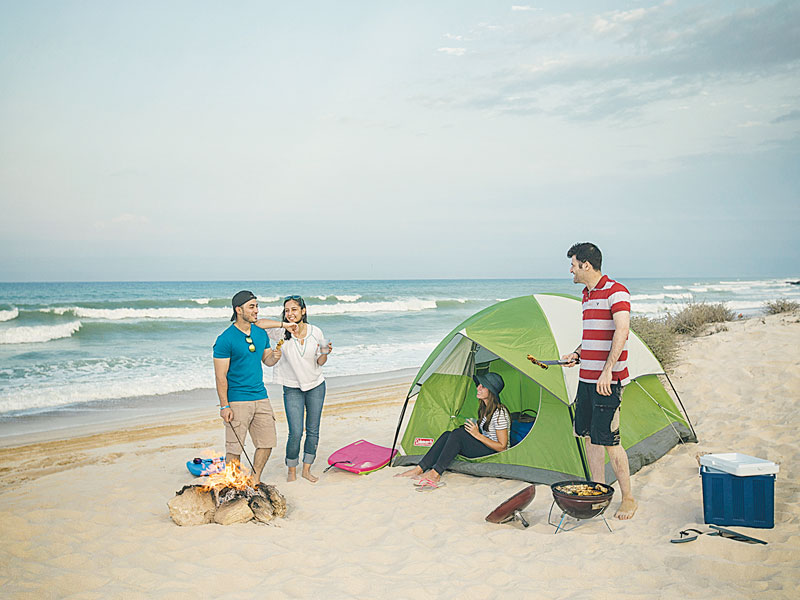 The Ministry of Tourism (MoT) is preparing to launch the second edition of the Tourist Camping Exhibition. This comes after the success of the first edition.

The ministry consistently supports and encourages setting up of camps and provides all facilities. It is doing so as part of its role in promoting tourism elements and potentials of the Sultanate of Oman.

The statistics released by the Directorate General of Investor Services and Quality Management, Ministry of Tourism, indicated that the total number of camps in the sultanate reached 22 in 2019.

The Ministry of Tourism is currently getting ready to hold the second edition of the Tourism Camping Exhibition. The ministry has realised that there is a great demand for camping tourism in this period in various parts of the sultanate, particularly after the rains during the last few months. These rains led to greenery, in several areas which made the atmosphere appropriate for camping.

Ahmad bin Said al Bahri, organiser of the tourism events at the Ministry of Tourism, said that the ministry was gearing up to launch the second edition of the tourism camping exhibition.

The first edition of the exhibition saw massive participation of various organisations, companies and entrepreneurs.

MoT is also working on a plan aimed at establishing marketing outlets with the help of the companies, which work in the area to serve entrepreneurs, and companies in the tourism sector.

These outlets would provide them information, facilities and would do marketing of their services to strengthen the tourism sector in the sultanate.

Bahri said, “The ministry wants to serve the institutions concerned with the tourism sector by organising such exhibitions. It believes that it is important to encourage and support tourism projects and business leaders working in the field of organising tours and selling camping supplies and gears. The ministry also wants to encourage domestic tourism to focus on the tourism potential of the sultanate.”

In the first edition of the exhibition, a large number of camping enthusiasts and 14 companies participated.

During the exhibition, various types of camping supplies and gears were displayed. The people who visited the exhibition also got information about the organisations and companies, which provide such facilities and organise excursions.

Humaid al Hajri, the owner of Al Birr camp in the wilayat of Bidiyah of North Sharqiyah governorate, said that there was a huge tourist influx between October and April.

Hajri said that the Ministry of Tourism was making concrete efforts to promote and encourage tourism activities and projects in the sultanate.